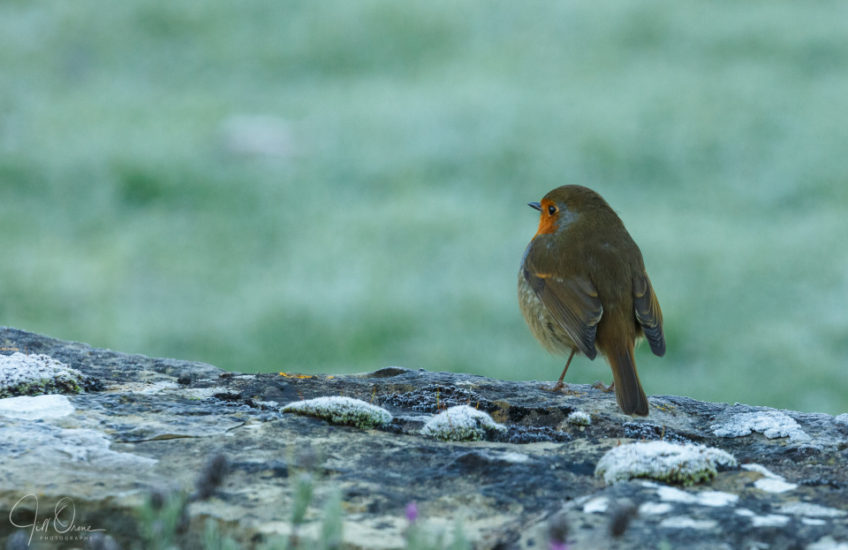 Two robins in one week? I know – but bear with me.

Since Monday’s admission that my life was on the verge of being utterly out of control, I’ve donned my doing-a-passable-impersonation-of-an-administrator hat, and have:

Ordered C* food;
Ordered C* gifts for R and the Offspring, and told R that if I go under a bus between now and the arrival, wrapping and labelling of said gifts he should just open all the post and keep what appeals to him;
Bought C* cards;
Found and checked the list of people who receive a C* card, whether they want it or not;
Printed address labels for the C* cards;
Left the C* cards, list and labels casually in a place where R (who’s keener on this bit than I am) can spot them and think, “Oh good! I can write some C* cards!”
Ordered a birthday gift for Child One, who inconsiderately made her entrance two weeks before C*, and therefore has to be factored into the festive planning.

(I should say here that I made my own entrance 10 days before C*, but take no responsibility for anything to do with that – though I have, belatedly, consented to have my upcoming Big Birthday planned out by R, who was visibly controlling his breathing during the necessary negotiations, but managed to get everything organised without the word “divorce” actually being used.)

R has also taken charge of our C* charity donations, which he wants to send early this year. Many years ago now the adults across our extended families decided to give to charity rather than buying each other gifts, and even though many of the people who took this decision are no longer with us, we still donate as if they were – it somehow feels as though we’re still including them in the spirit of the season.

And away from things C*, I’ve also taken some action on the chip I managed to take out of the car door last month – notably complaining to ChipsAway about the fact that their web site would only let me access a franchise holder who wasn’t prepared to come and deal with the problem (and thereby extracting several other names and phone numbers from them), and giving a very decided response to Coventry Mazda’s insistence that a 4mm chip could only properly be dealt with by [i]repainting the entire side of the car[/i]. But I’ve also asked around locally and have recommendations for five companies who might be able to touch in the chip, and I’m in the process of contacting each of them for quotes.

And I’ve finally started working on the folder of images I took during the long exposures workshop I went on two months ago. And I’ve almost got round to sending some images to one of my colleagues for printing for a BGCC competition next week. And I’ve almost learned all the music I have to know by Saturday.

So by and large, on the whole, and taking all things into consideration, I think I’m entitled to feel that I’m now quite nearly on top of things – within reason. But like this robin, which was sitting on the patio wall this morning, looking down on a chaotic flock of corvids eating ground food on the frosty lawn, and watching for its chance to dart in and grab some food for itself, I need to stay focused and not get caught out by something unexpected.

Where’s my list? I think I’ll just check it again…..