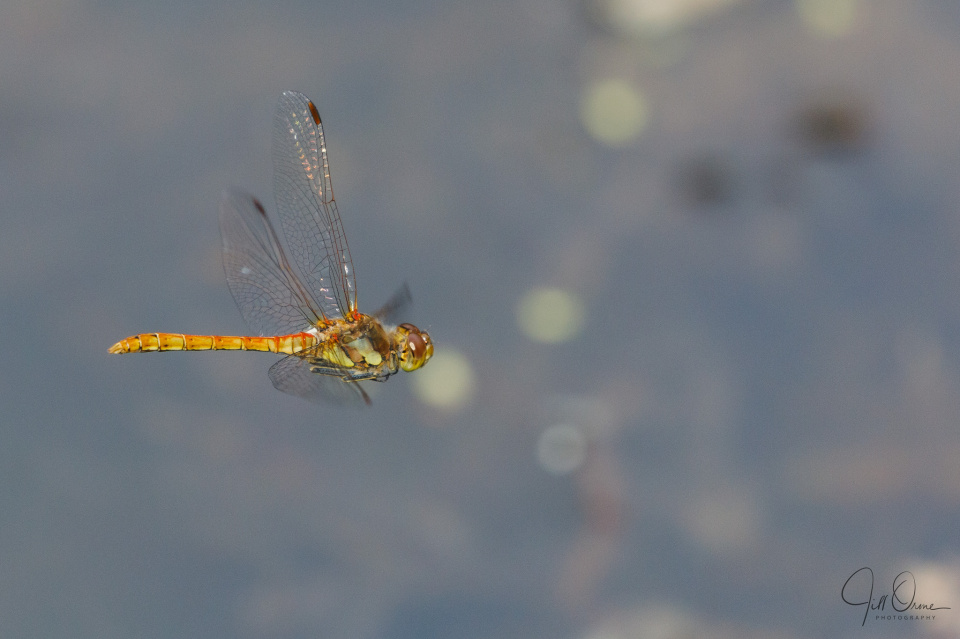 I zoomed over to Trench Wood ‘for an hour’ this morning, and wound up staying nearly four. The whole site was teeming with butterflies – I honestly don’t think I’ve ever seen them at such a density in the wild before – and though the Purple Hairstreaks and Valezina form Silver-washed Fritillaries keep managing to elude me, I recorded over a dozen species without even trying. My favourite was a very fresh Brimstone, feeding himself up in preparation for hibernating through the winter; I have absolutely no idea why, but it’s said that Brimstones have a preference for purple flowers, and the three I saw today were all busily supporting that theory.

After photographing butterflies for a while, I went to the pond to try my luck with the dragons, and was pleased to capture a flight shot of this Common Darter. If you compare him with this one you’ll see that he’s more mature: his abdomen is turning red, and his eyes and the centre panel on the side of his thorax have darkened. His colouring will continue to deepen, but the way he was patrolling the pond, chasing away other males and trying to seize ovipositing females, showed that he has reached sexual maturity. I really like the neat way these little dragons tuck up their legs as they fly. 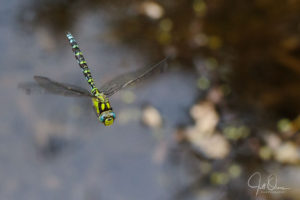 There were also three or four male Southern Hawkers working around the edge of the pond – generally ignoring each other, though occasionally two would meet, clash, and race off into the trees to try to decide which was boss. One in particular was hawking around where I was standing, and every now and then would fly right up to me and hover for a few seconds as if checking me out, before going about his business. It amused me to think that he might have been the same individual that Hillyblips photographed yesterday – but in truth, all male Southern Hawkers are bold and curious. Because he was coming in so close I had to put down the big gear and use the macro to take his portrait, which I’ve added as an extra; the shot was manually focused, so the slight back-focusing is down to me, and probably means that I need to check the camera’s diopter adjustment.