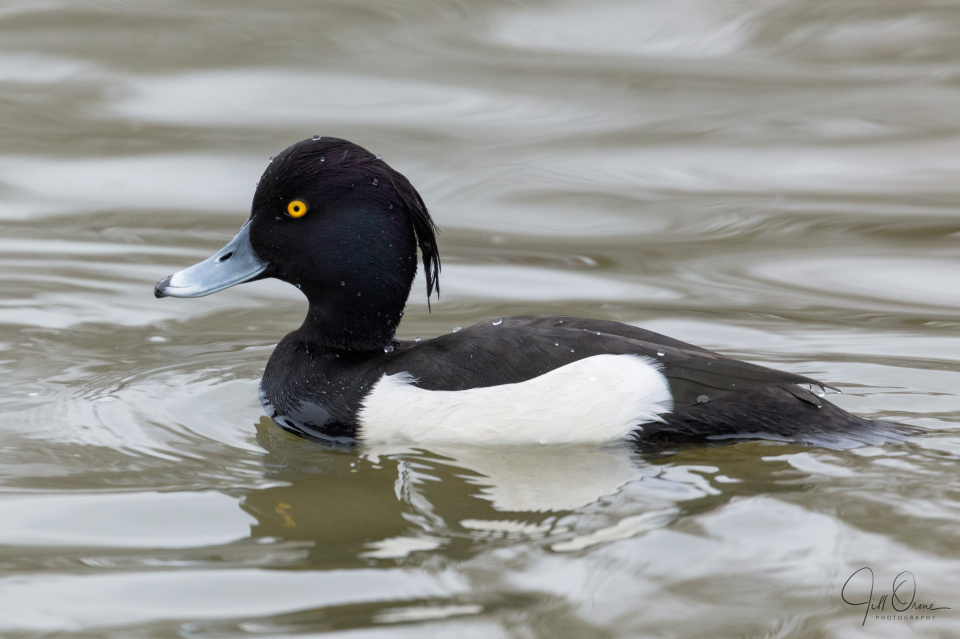 The only photos I took today were in Stratford, at lunch time, of the tufted ducks. Because ducks. But in order to represent the day properly I should have photographed some garden birds, because this afternoon I did the RSPB’s Big Garden Birdwatch. I’ve never done it before because for several years I submitted weekly garden bird lists to the British Trust for Ornithology, and there didn’t seem any point doing both – but it occurred to me today that having stopped recording for the BTO some while ago, it was about time I took another garden bird census.

Over the hour that the RSPB asks you to spend watching and listing, I saw seventeen species:

When I compared this tally with my running bird list for the year I found that it didn’t yet contain greenfinch, goldfinch, stock dove or blackcap – which goes to show that as well as rushing about photographing owls and ducks, it also pays to look a little more carefully than I’ve been doing at what’s right under your nose. I also realised, having confirmed that the birds in my garden were indeed stock doves, that I hadn’t recorded the numerous feral pigeons that congregate around the Bancroft Gardens in Stratford either; it’s easy to confuse the two because they’re very similar, feral pigeons being the domesticated descendants of rock doves, but the basic rule of thumb is that if it’s grey all over apart from a pink breast and a green neck it’s a stock dove, and if it has white patches anywhere (or indeed sometimes everywhere), it’s a feral pigeon.

Anyway, I was quite pleased that in doing my bit for Citizen Science I’d taken my species list for the year up to 68, until I checked back and discovered that by this date last year I’d listed 73. More effort is required, I fear.