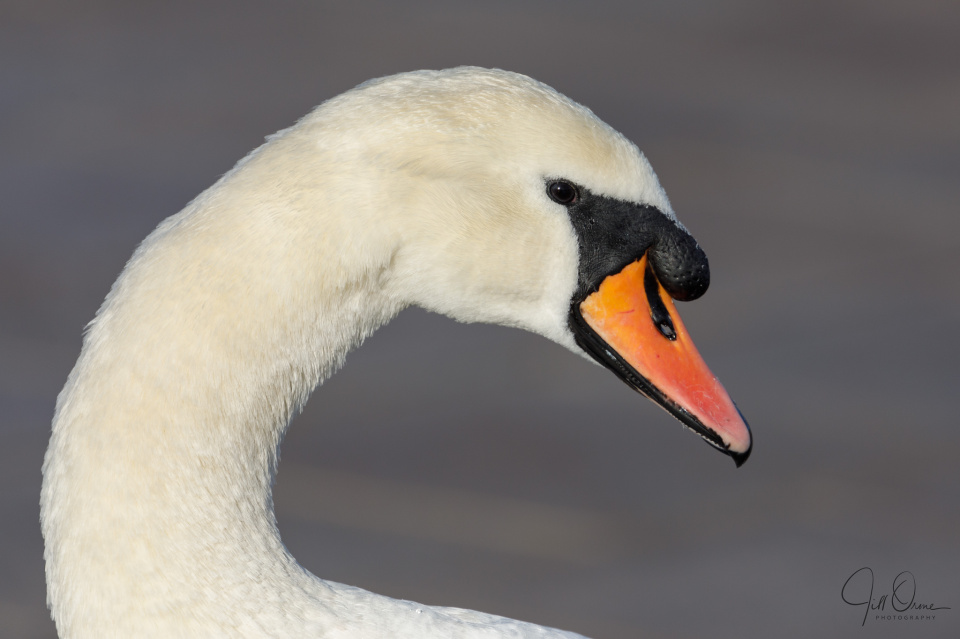 More Christmas stuff today: cleaning, decorations and shopping. With some blood tests, a river walk, and a film thrown in for light relief.

I have some decent shots of tufted ducks, but in horrible light; some quite interesting ones of a pair of mallards copulating, if that’s your thing (it’s my thing, but you knew that already), but a bit too distant and cropped to be favoured; and a lovely black-headed gull on the gentle, blue water of the Bancroft Basin – but I posted a BHG just the other day. So a swan it is then. This cob was out of the water in the Bancroft Gardens, preening a bit, but otherwise just standing around – and I’d guess hoping to be in pole position when someone came along with some food. They look ungainly and faintly ridiculous on land, but I was more interested in a head shot than a full-length portrait, and the paving slabs made a reasonable background. He’s identifiably male by the size of the fleshy knob at the top of his bill, which on a female would be much less pronounced.

The film, by the way, was Knives Out, which we went to see on the strength of very good reviews. My review: it’s quite good fun, but I wouldn’t trample over anyone to get a ticket; you know there’s a bit of an issue when a jumper gets more attention than the actors. Worth an evening in when it turns up on TV though.