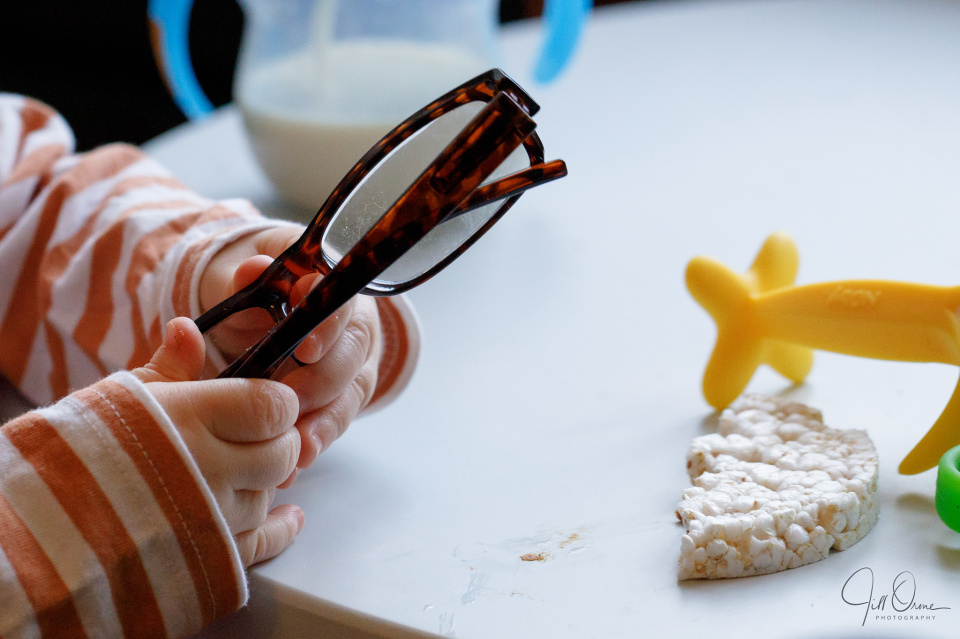 The Household B now testing Covid-negative, R and I were able to spend a day with the Boy Wonder today, for the first time in almost three weeks. I doubt he can have been as pleased to see us as we were to be with him again, but he did seem pretty happy to have us there.

It was really interesting to see how some of B’s physical skills have come on over the past three weeks, and also some subtle differences in the way he plays – for example, he now makes up little games with specific rules, such as selecting blocks of the exact same colour and/or shape to play with, or demolishing a tower of stacking cups by swinging a musical instrument at it, rather than simply pushing it over. He can stand pretty well unsupported, but won’t attempt to walk without holding on to either a baby walker or (preferably) an adult’s hands. His vocabulary has widened from just “Dada” and “Muma” to include “nana”, which is a banana, and “ninner”, which is pretty much any other kind of food. Almost all animals that have anything to say for themselves say “a, a” – though after we’d discussed a cat in one of his books today it did briefly start saying “ow”, before reverting to impersonating a duck. He’s developing a keen sense of humour, and likes to play little tricks and jokes on the grown-ups.

It’s also interesting to see what has been held over, and hasn’t been lost to new skills and interests. Even after such a long gap he still remembers to “Whoops-a-daisy” game with R, the fascinating buttons on my camera that make the photos come and go on the back screen, and various games he’d started playing with my reading glasses. Inevitably, over the course of the day these got stickier and stickier – the rice cake ninner here is sandwiched to the table with peanut butter, which is why the glasses are coated with a layer of grease, as well as oat milk, snot, and some adherent carpet fluff and blanket lint. Every time they went in B’s mouth I found myself remembering the old saying about eating a peck of dirt over your lifetime, and thinking I daresay it’s good for his immune system.