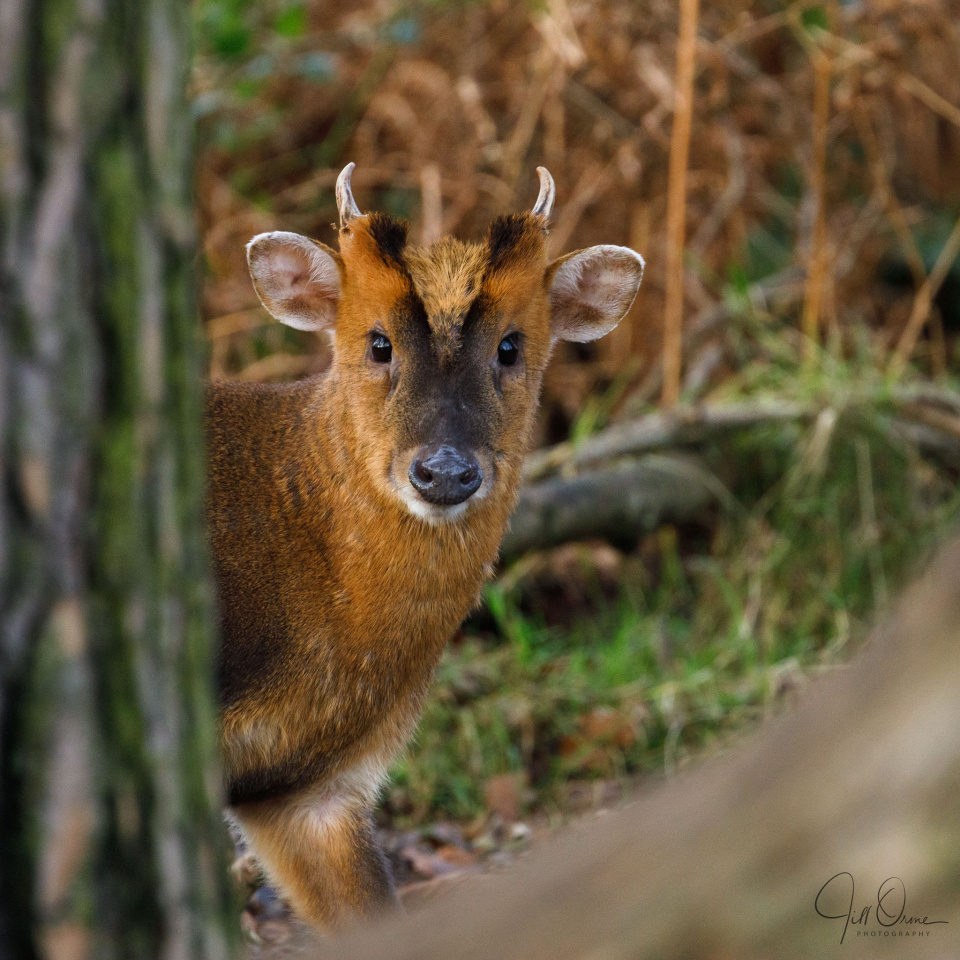 After a dreary, dark morning, the light improved slightly at around 2pm, and I thought it might be worth nipping up to Dunnington to spend half an hour in Hillers’ hide. It turned out that I was right – the great spotted woodpecker in the extras was already attacking the base of a peanut feeder when I arrived, and I didn’t even sit down to take the first shot, just dropped to one knee behind the bench and photographed her from there. 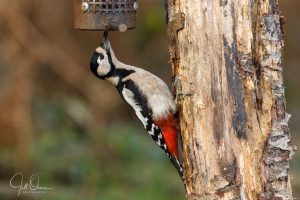 The second photo was taken a couple of minutes later, by which time I’d moved onto the bench, which is why the perspective is a little different. Viewing it full-screen, you should be able to see that her bill is open and her tongue is still slightly out. 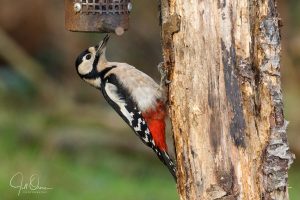 Quarter of an hour later the woman sitting next to me, with whom I’d been chatting quietly, suddenly said, “Well, hello there!”, and I followed her gaze to see this beautifully marked little muntjac buck standing at the back of the clearing, watching the hide and obviously trying to decide if it was worth the risk of coming closer in search of food. In the end he chanced it, and I have some quite nice photos of him delicately eating an apple, but I prefer this reminder of the moment when I first saw him. We get muntjacs in the village, but I haven’t seen one recently and I don’t think I’ve ever seen one quite as striking as this before, which is why Mr Tumnus gets to be in pole position tonight.