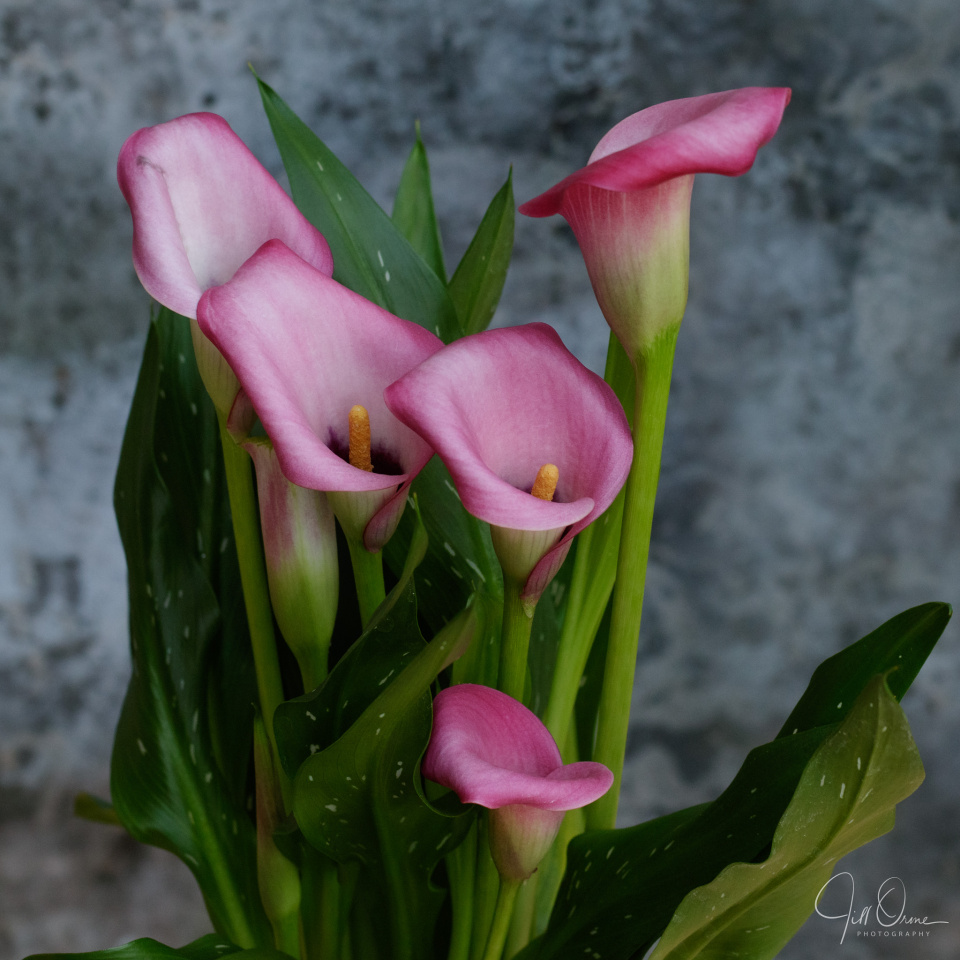 The photo that is – I’m not feeling at all moody, though I have had to step away from my news feeds, because reading about the current political machinations in the USA is proving detrimental to my peace of mind. Though – on an entirely related note – I was amused yesterday when a former Republican Party loyalist tweeted:

“It’s only a coup if it comes from the coup d’etat region of France. Otherwise, it’s just sparkling authoritarianism.”

Anyway, back to moody photos. I bought some backdrops last weekend, which I’ve been carefully flattening since they arrived, tightly rolled, on Tuesday, and when it became clear that today was going to be a Wet Play day, I thought it was time to try using one. So I went up to the farm shop to look for interesting subjects and, as well as some nice fruit, came home with a couple of handsome plants. To describe the light as Stygian would be an understatement – I’ve brightened this by nearly a stop from the actual light level in the conservatory at lunch time – but luckily I’ve always rather liked moody images. In fact I’m now wondering if I might have lifted it a little too far, and whether it would be better darker….