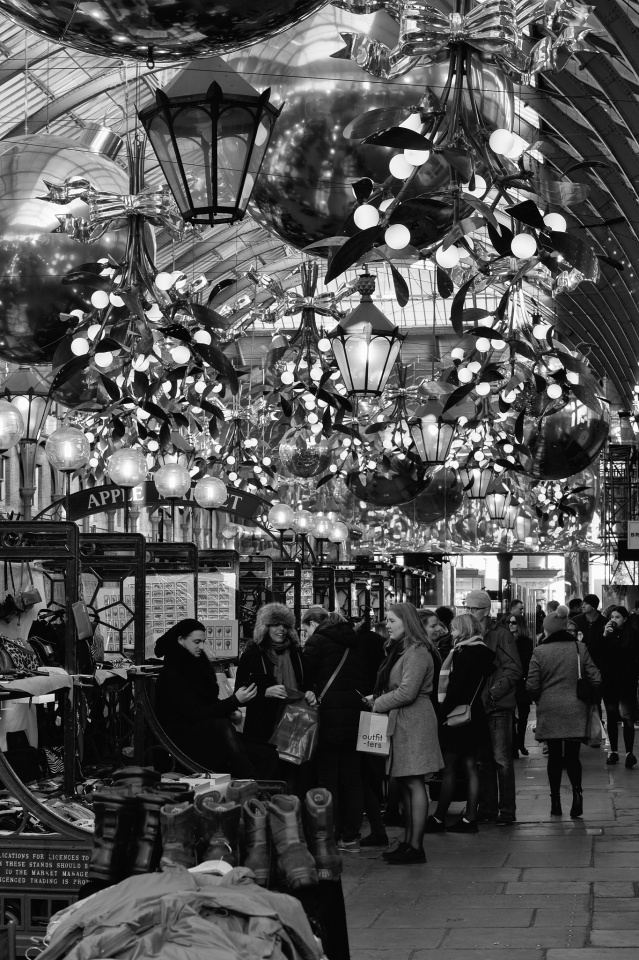 I’ve been rather spoiled for choice for a blip today: R and I went to London, on a cold and clear day with strong sunshine and shadows, so I was able to capture several images which would have worked equally well for today’s theme. In the end I’ve chosen this one, which I took in the Covent Garden Piazza, because the Christmas decorations are so fabulous, and because I’m very drawn to the woman in the fur hat with the attractive smile.

We went to see the exhibition Beyond Caravaggio at the National Gallery, which I’m going to describe as “Not enough Caravaggio, and rather too much beyond”, but which is worth seeing for maybe four of the actual Caravaggios on display, and for a very powerful version of Susanna and the Elders, attributed to Artemisia Gentileschi. Some of the other paintings were also very interesting, but there was too much filler.

We also swung by the Taylor Wessing exhibition at the NPG, which had half a dozen images in it that I loved, and a large tranche of others which made me go “Really though? Out of several thousand entries, you picked this one…? Why?” All of which makes it sound as though I had a thoroughly grumpy day – but actually we had a very good time. London is especially attractive on a crisp autumn day, and the sense of Christmas approaching made for a nice upbeat atmosphere.

On the way home from the railway station we found ourselves driving into a fabulous sunset, and there was still enough light by the time we reached a viewpoint at Ardens Grafton for me to grab a few shots. The one I’ve posted as an extra shows the lights of Bidford on Avon, and Bredon Hill in the far distance; the single very bright “star” must, I think, be Venus. 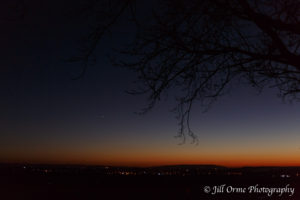