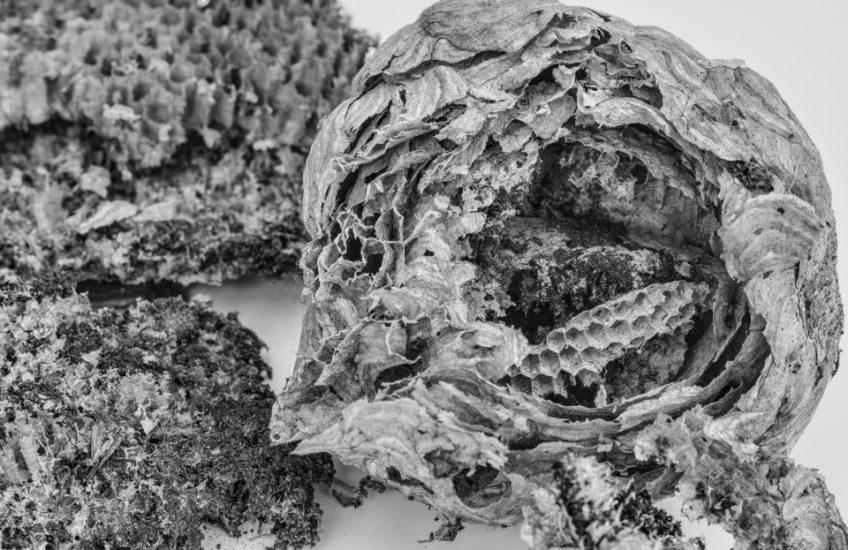 Lots of people have secrets in their lofts: Chippendale chairs, old family photos, gold ingots, collections of vinyl albums from the 1970s, the odd Vermeer that doesn’t match the current sitting room decor… I’m sure you have all of these and more stashed away.

Here at the Money Pit we do things slightly differently. Firstly, we don’t really have a loft as such. As I know I’ve mentioned before, this house is Georgian – and like most Georgian houses it seems to have been thrown up across a weekend by a couple of guys who couldn’t read a plan, didn’t see the point of wasting time digging foundations, and only owned one set-square between them. I believe that they did have a plumb-line – but unfortunately the weight on the end was an old barn nail, and it was windy that weekend.

They did have one speciality however, and that was roof pitches. In fact, they were renowned throughout Worcestershire as masters of the creative and decorative use of the roof pitch. Their knowledge of the drainage of roof pitches was less spectacular, but you can’t have everything. So, we have lots of roof pitches, fitting together like a large tangram puzzle. And inside the house, the upstairs ceilings are suspended only just below the bottom gulleys of the pitches (when we bought the house the master bedroom ceiling was literally suspended – by wires – from the nearest roof trusses, but that’s a different story).

By now you should have a picture of our “loft” as a series of distinct (and far from lofty) spaces, each within its own pitch. Some of them communicate with their neighbours, but others are little universes unto themselves. And they’re much loved by the local flying wildlife. Sometimes I can barely hear myself think for the noise of jackdaws line-dancing above my head, and if you were to burgle our house you’d be well-advised not go looking in the loft for our Chippendale chairs, because we have guard wasps, and as far as they’re concerned all the wood in the vicinity belongs to them.

I will say this for wasps though: they keep themselves to themselves. Whenever we have bees in the redundant chimney that runs through R’s and my studies, they seem unable to resist coming into the house to take a look around; R wasted so much time this summer catching bees and putting them out in the garden that we’re seriously thinking of opening up the chimney and having fires in it again, just to deter them. Wasps, on the other hand, just go about their unattractive waspy business, with absolutely no thought of trying to integrate themselves into the household.

The other problem with bees is that they return to the scene of the crime – I’m not sure if it’s pheromones or the smell of old honey, but the experts say that once you’ve had a bee nest in a chimney, the only sure way never to have another is to remove the side of the house and rebuild it with entirely fresh materials. Or possibly, if you’re lucky, to open up the chimney and start lighting fires regularly.

Again though, wasps are different in that they don’t seem to reuse their old nest sites. We’re about to have some work done in one of the roof spaces, and when R went up there last weekend to make sure it was clear for the builders, he found plenty of evidence of past habitation but not a single live wasp. The small, nearly complete nest in this photo is rather attractive I think – if I ignore the fact that the paper it’s made from is the exact colour of my expensive hardwood patio furniture. The other, much larger piece (which rather more worryingly is the colour of 200-year old roof timbers) is the only piece we kept from a nest which – are you ready for this? – completely filled a large black plastic rubbish sack. Had I known at the time it was active that we were giving hospitality to every wasp in the county, I’d have been out of here until the exterminators could guarantee me that they’d done their stuff. But as I said, wasps keep themselves pretty much to themselves.

So where are they now, if they’re not in the space above what used to be Child One’s bedroom? Well, they haven’t moved out – they’ve just relocated to a different roof pitch. I’d tell you which one, but then you might think you could risk coming round and looking for the Chippendale – and then what would be the point of having guard wasps?

The current location of the Chippendale, and the wasps, will have to remain a secret.