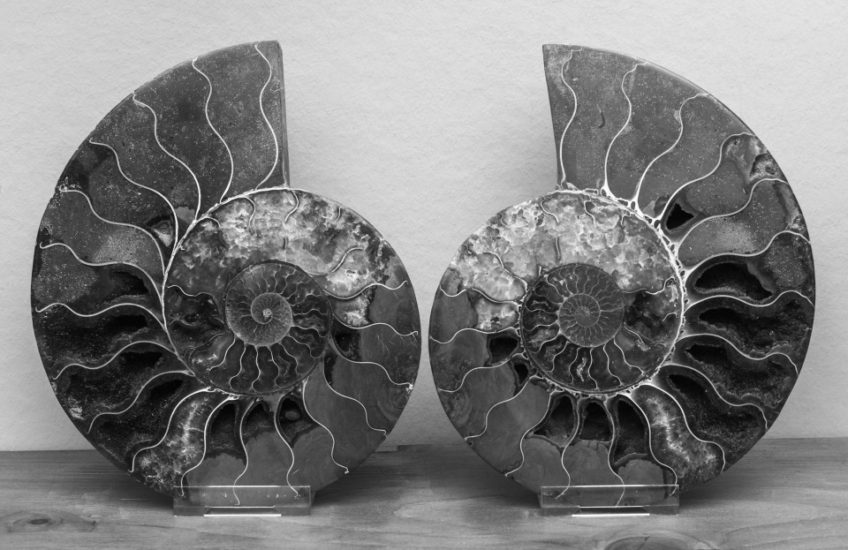 So, your blood pressure is excellent,” said my GP, “and your cholesterol is fine, and you’re nice and slim, and…”

Whoa – hold up there a second. When did grotesque flattery become part of a general practitioner’s job? Not that I mind, you understand – but I’m a pretty solid person. Slim…? I do know some slim people, but I don’t class myself as one of them. I must go for a health check more often!

So anyway – I carried on into Stratford after my little ego massage, to run errands and – I expected – take photos. But by the time I arrived it was mizzling, heavily, and the streets were emptying rapidly of people and interest. So I did my errands and then came home.

As soon as I began to think about Found, I remembered the Offspring fossil hunting at Whitby (and at a wedding in Feckenham one summer – where did that kilo or so of gryphaea disappear to?). And for several years we also went regularly to rock and fossil fairs, so that they could spend their pocket money on things that other people had found. I’m the current keeper of their fossil and mineral collection, which has come in handy for blips on a couple of previous wet winter days; but this beautiful halved and polished ammonite was bought at a shop in Stratford just last winter – I couldn’t take my eyes off it, and R sweetly said that he didn’t mind us finding it house room if I wanted it.

I had an interesting half hour experimenting with different ways of lighting the scene; the main image was taken with bounced flash, which I didn’t think would work in a room where the ceiling is ten feet up, but setting the flash unit to its maximum +5 stops just produced enough light, and I like its even quality. The extra, which is a colour image to show you the range of colours in the crystal deposits within the chambers, was lit by a table lamp placed to the right of shot, and an overhead room light. I had to fiddle with the white balance a little, but the colours are pretty true. 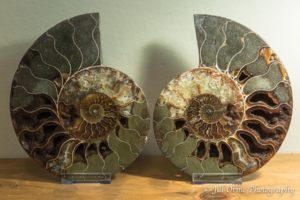