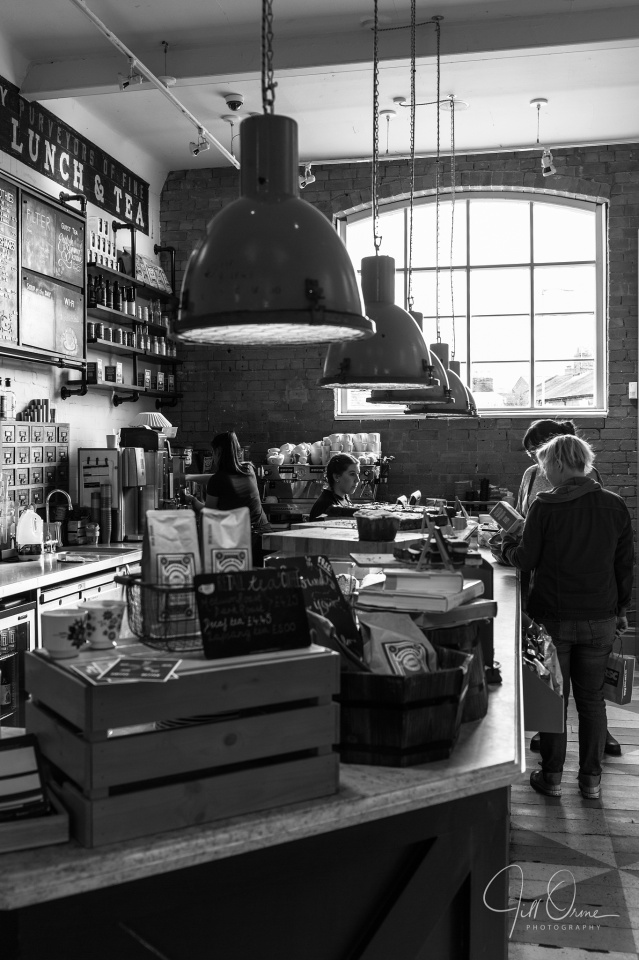 This is The Boston Tea Party in Stratford-upon-Avon. It’s not my absolutely favourite place on the planet, of course: given the chance of being in The Café Museum in Vienna, or Hotel Central or Restaurace Francouzska in Prague, the Met Museum in New York, or pretty much anywhere in Bruges, I’d take them like a shot. But it’s one of my favourite places in this area, when I’m not grubbing around nature reserves – that being one of the few things that makes me happier when I’m on home turf than sitting about drinking coffee and eating cake.

I had a productive but largely boring day today, updating software and running multiple back-ups across various machines. But this afternoon I had to go to the GP’s surgery to pick up a prescription, and as that took me half way to Stratford, it seemed silly not to go the other half and pop in to BTP. R came too – just for the craic (as we don’t say in the English Midlands). I did take some other photos around the town that I quite like, but none of them are of places that I like as much as I do this one.