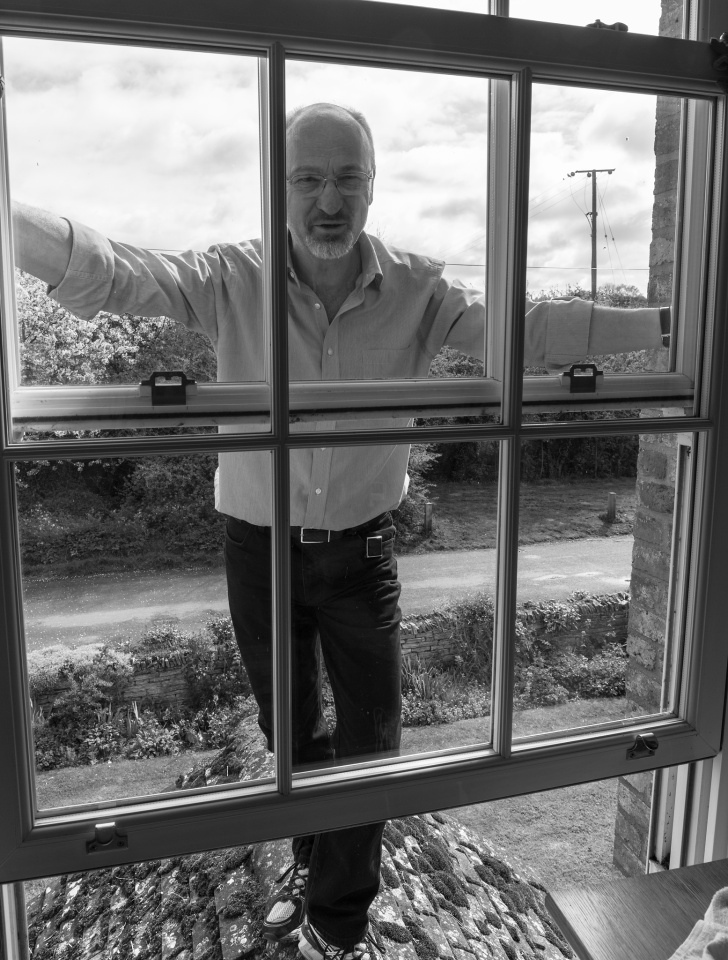 I really should have known better.

After 31 years, I should have known that describing him as not being foolhardy would be taken as a challenge. This is, after all, the person on the company team-building exercise who volunteered to try face-down abseiling.

“Easier” in this context meaning “more fun for me than watching you faffing about with an extendable window washer”.

I was aware, of course, that his life insurance policy wouldn’t cover it if he fell off the porch and landed on his head. And it’s not as though he’s never fallen – remind me some time to give you the story of the time he fell off a ladder and broke his ankle, and was still hopping around describing it as a flesh wound the following day, when I ordered him into the car and drove him to A&E; the faces of the staff who listened to the story while examining the X-rays were a sight I wish I’d managed to photograph. But I also learned from that experience that I can’t even hold him up when he simply passes out cold, so there was no way I was going to go and stand in the garden this morning in case he needed someone to break his fall. Instead, I gritted my teeth, averted my gaze from the moss on the porch roof, and handed implements as required.

And then the photographer kicked in, of course, and I thought that as he was out there I might as well take advantage of the fact and get a few photographs…