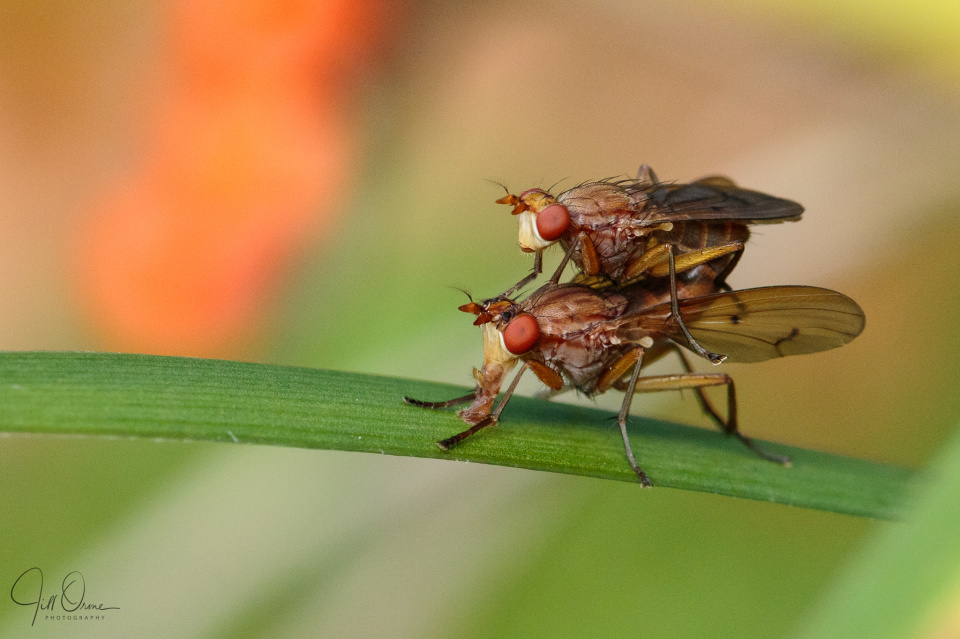 I’m told that they’re one of the Tetanocera species of marsh fly, but it’s hard to tell these apart from photos. I really wanted them to be Tetanocera elata, because then I could have made a joke about them being elated, but you can’t have everything. And in fact, the female looked far from elated, though the way the male was turning his toes out seemed to speak of a reasonable level of enjoyment. She, on the other hand, was sporting that Couldn’t you at least have brought a takeaway? look; and in the absence of chocolates, pizza, or a bacon sandwich, was marching up and down the leaves of the Iris foetidissima, hoovering up whatever edible morsels she could find. In what has become a rather dark area now that the angle of the sun has dropped, this made them fairly difficult to photograph, but you only need one in-focus shot, and here we are – so I’ll forbear from bigging up my efforts.

Many thanks to those of you who sent positive vibes about my Covid test. I still haven’t had the result, and therefore remain effectively locked down – but if I haven’t heard by tomorrow afternoon, I have a code that I’ll be able to use to chase it up. I hope that I’ll have a better outcome than mollyblobs, who was also tested through the KCL/Zoe study, but never received a result at all.