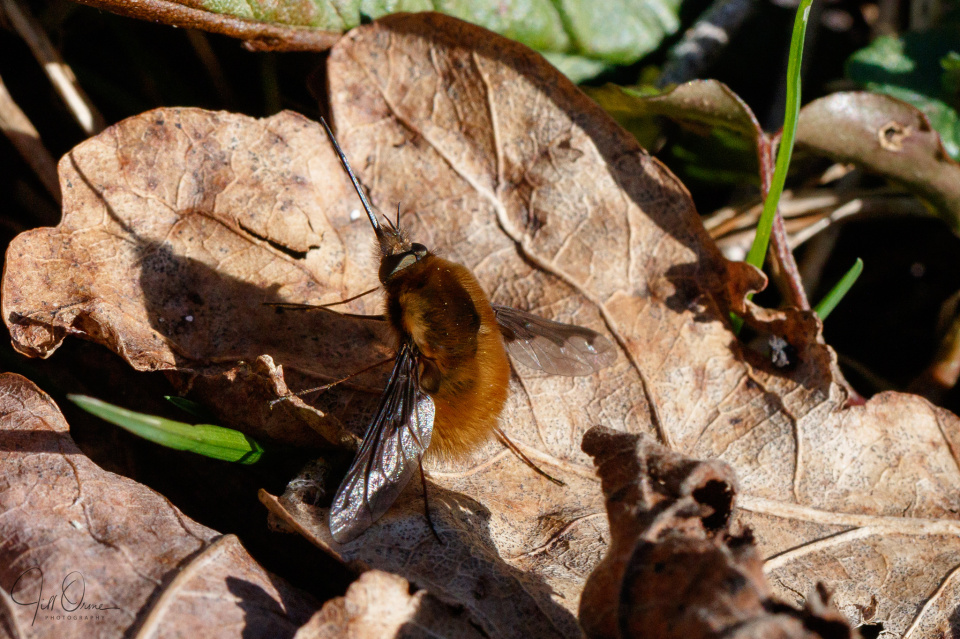 Right then, Mr B. major. Now we’ve finally introduced ourselves, can we come to an agreement? I realise that you don’t like me following you around, and that’s fair enough. But I need you to understand that this is my garden, and in return for providing the flowers on which you’re dining, I expect to be allowed to photograph you. Fair exchange is no robbery, amirite? So – what do you say? Do we have a deal?

He’ll be back though, and in the end he’ll get used to me – or possibly become too distracted by the presence of female bee-flies to worry about the antics of a female human – so over the next few weeks bee-fly photography will become steadily easier. At least until the dotted guys emerge – but that’s a problem for a different day.

But for the bee-fly, today’s featured invert would have been the box bug I’ve added below. There were two of these basking on the ivy on our old farm wall this morning, along with a little clutch of green shieldbugs, and several ladybirds (including two pine). This is the better-looking of the box bugs – not least because it’s the one that isn’t missing half an antenna – and I liked the way it gleamed in the sun, and the contrast it made against the green of the ivy leaves. 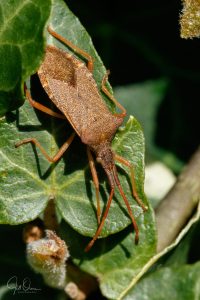 Today was a day for counting one’s blessings. Following R’s positive lateral flow test yesterday, I had a notification this afternoon that my PCR test had also come in positive, which left us both profoundly grateful for the work of the scientists and NHS staff that has us both triple-vaccinated, and thankful that enough people spaced, and masked, and and when necessary isolated, for long enough that we appear to have caught a relatively mild Covid variant. Which isn’t to say that we’re happy about the situation – if I’d taken a really good wasp photo today I might well have posted it under the heading “Cross as a…” – but we’re acutely aware that things could be very, very much worse.