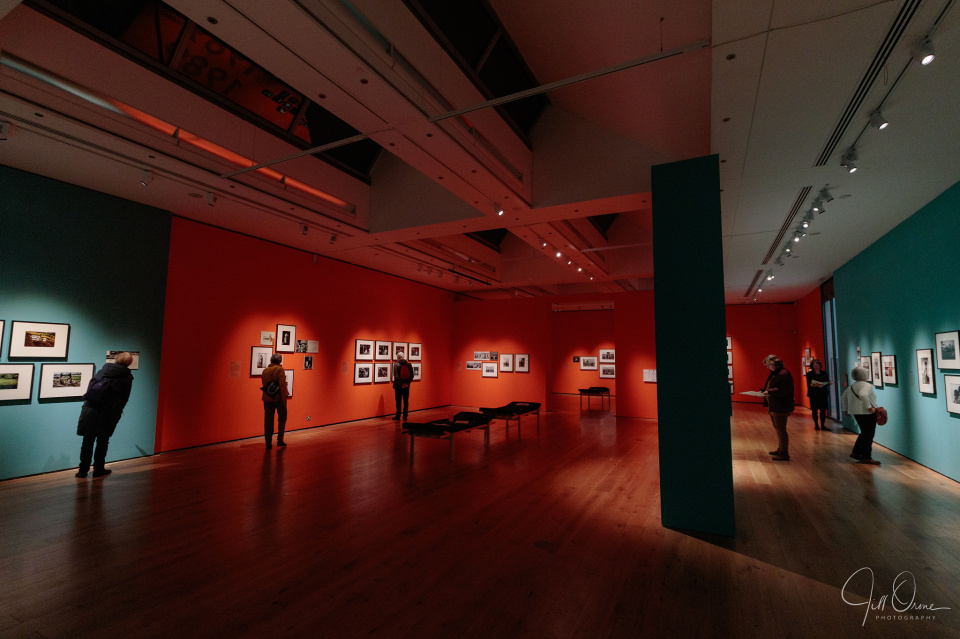 R and I went to Compton Verney today, to see the exhibition Magnum Manifesto – obviously this was more my thing than his, but we both enjoyed it, and I found sections of it quite inspirational. I had known a little about Magnum before we went, but I hadn’t realised that it’s still a co-operative, as originally envisaged by the four founder members. I was interested to see the shift in emphasis over the decades from fairly straight reportage to more creative images; it’s the photo-journalism and documentary projects that really grab me, and which I think are most important because they illustrate the history and culture of the last seventy years, but some of the creative work was interesting too. I bought the catalogue, which is a massive hardback (and priced accordingly), but luckily I had a strong man with me to carry it back to the car.

I believe that this is the only UK venue for this exhibition, so if you’re in the area I’d recommend you to take a trip to Compton Verney before 15th December, when it closes for the winter.

For the record: there was no sign of the juvenile cuckoo which was photographed at Compton Verney a few days ago (having originally been reported as a wryneck); I can only hope that it had a sudden urge to move south, because its chances of surviving a British winter were rated as very poor. In better news, we saw a red kite flying over the Chipping Campden road, just south of Stratford.