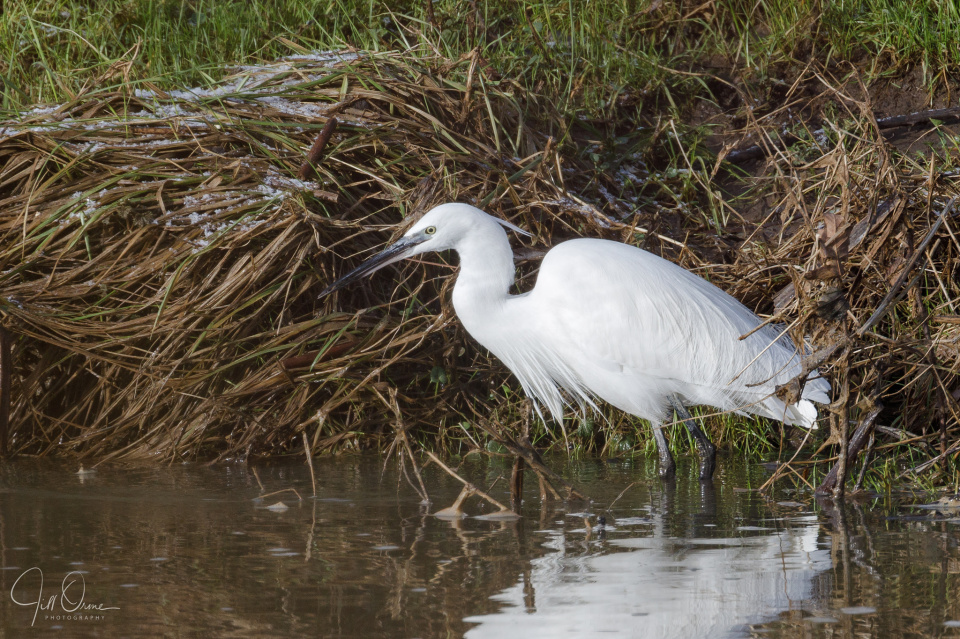 R and I almost got divorced at 7.45am today, when he wakened me from deep sleep to remind me that we had tickets for an early walk at Charlecote. It would be fair to say that I was not enthusiastic. Even having dragged myself out of bed and eaten some breakfast, I could still hardly face the prospect of going out for a walk in sub-zero temperatures, but I chose to think that I’d be pleased about it later, and that did indeed turn out to be the case.

The area of Charlecote that’s available to be walked has shrunk even since our last visit, when it was already limited: Front Park and part of the Cricket Pitch were open today, we were told on arrival, but not Hill Park or West Park, which are still drying out after recent flooding. The café remains closed too, but coffee and snacks were being sold from a mobile trailer, which allowed us to warm up and boost our energy mid way through the two circuits we made of the open sections of parkland.

We were told that a kingfisher has been displaying well at the bridge recently, and we made two visits there to look for it, but sadly it didn’t show for us today. We did witness a fly-past by a pair of cormorants though – a bird I’d never seen at Charlecote before – and we also spent some time watching this little egret, which flew in just after we arrived, and landed in the shallows at the edge of the river. I don’t believe I’ve ever posted a little egret before, nor indeed been as close to one as I was to this individual, but in order not to spook it into flight I had to lurk behind a small clump of trees and shoot through gaps in the branches, which has produced some slightly strange artefacts in this image. Nonetheless, its relative scarcity gets the egret top spot tonight, over a handsome grey heron, elegantly poised on one leg at the edge of the lake, which I’ve posted below. I’ve put another photo of the egret on Facebook, if you’d care to see it stalking some prey and revealing one of its extraordinary feet; I always think that these birds look as if they’re wearing big yellow galoshes. 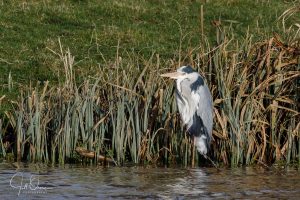 The RSPB page gives some information about the little egret, including the fact that it’s now established as a breeding bird in this country, having spread here from continental Europe over the past few decades. It’s worth noting that although it’s clearly a very striking bird, it’s a relatively small one: its wingspan is only about half the width of a grey heron’s, and it only weighs about a quarter as much. I watched this one land almost on top of a pair of mallards this morning, and was struck by the fact that even though the egret was very much taller, with its long legs and neck, the irate mallards looked bulkier. And this is in fact the case – if you compare the egret’s vital statistics with those of the mallard, you’ll see that their length and wingspan are almost identical, but the mallard is two or three times the weight of the little egret.