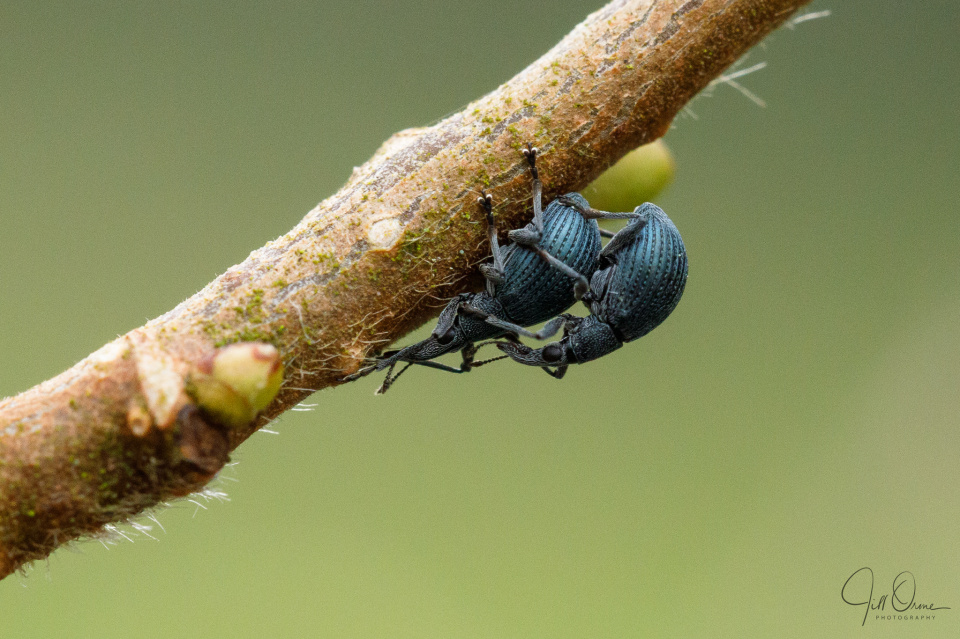 If you thought the Oxystoma pomonae weevil winter roosting season was over, you weren’t alone – I was surprised to find two pairs at eye height on one of our hazel trees today. And relieved, to be honest, because it was a cold and largely dark day, and apart a few unexceptional flies no other invertebrates presented themselves to be photographed. I’d have liked to post the second pair because they were tucked into a crevice behind some lichen, which conveyed a better sense of scale than the buds here, but sadly only their bums were visible. So I’ll just have to say it again – these weevils are tiny, at just 3mm in length. They don’t seem to be widely recorded, and I suspect that this is because they’re easily overlooked. I only began noticing them in my garden last autumn, but now I feel quite proprietorial about them, and I’ll always be happy to see them, whatever the season or weather.

Anyway, there’s a rumour that we might have some sunshine within the next couple of days – and possibly a spring-like lift in the temperature as well. As you’d probably expect, I have my fingers firmly crossed for an invertebrate explosion. Not literally, obviously – that wouldn’t be fun for any of us.