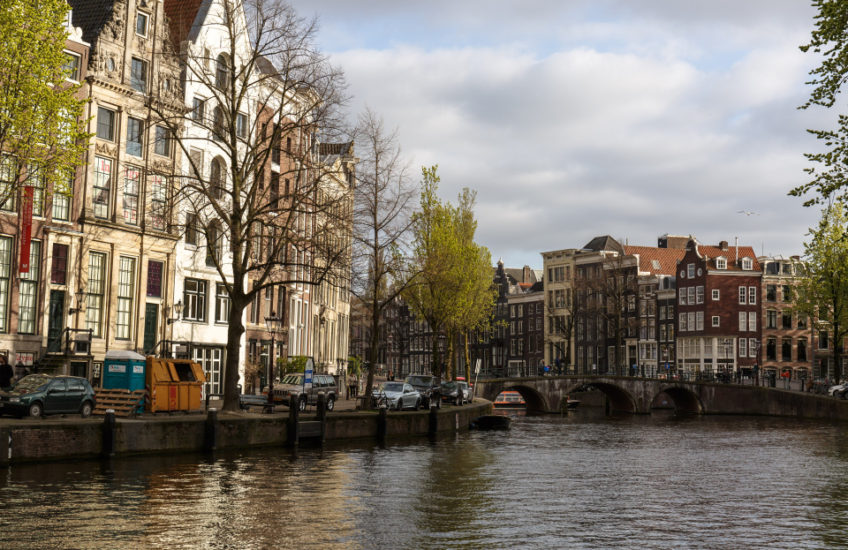 The day started cold and dark, with a threat of rain, but R and I were not downhearted – at least until we reached the Van Gogh Museum and saw the queue at the entrance. Luckily I thought to ask one of the stewards if there was a separate line for people with museum cards (which we’d bought on our first day in the city, and which I strongly recommend if you’re “doing” Amsterdam), and we were directed round to the Groups entrance (go figure), which had no queue at all.

Of all the museums we went to during our trip, this was my least favourite. I’m not entirely sure why, because clearly a lot of thought has gone into telling Van Gogh’s story, and though it was pretty full I’ve been to galleries that were more crowded and still managed to enjoy them. I think it may be that I’ve seen better paintings by Van Gogh in other places – the Met in New York, for example, has some corkers; certainly it’s telling that my two favourite paintings in the Amsterdam museum are actually by other artists.  I can, however, recommend the café, especially for people-watching: my extra today is a slightly arty number from there, which was taken through two layers of window and pleases me because of the corresponding layers of people. 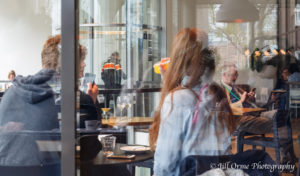 The Van Gogh was our first café of the day; the second was the Café Américain, which I can only say, seemed like a good idea at the time. Interesting if somewhat tired décor, on the cusp of Art Nouveau and Art Deco, but rotten service, and rather nasty carrot cake. You live and learn.

After this the weather and the day both picked up. Around lunch time we went to the Museum Van Loon, a C17th canal house which has been lived in by the Van Loon family for several generations, and which contains many portraits and possessions from their family history. It also plays host to modern art exhibitions (one of the current family members being an artist herself), and it was especially interesting to see the juxtaposition of old and new art around the house.

We then went on a canal boat trip, which I hadn’t expected to enjoy particularly, but did – the recorded commentary was both informative and entertaining, and pointed us towards several attractions which hadn’t made our list of things to see on this trip. We’re clearly going to have to return, which will be no hardship at all.

For our final meal in the city we couldn’t resist going back to Pastini, which you may be able to pick out just beyond the bridge towards the right of the header photo. When I first had it I said to R that their gnocchi with fresh herbs and green vegetables was simply one of the nicest things I’d ever eaten, and I’m delighted to say that it was just as good the second time round. As was the chocolate tart….!