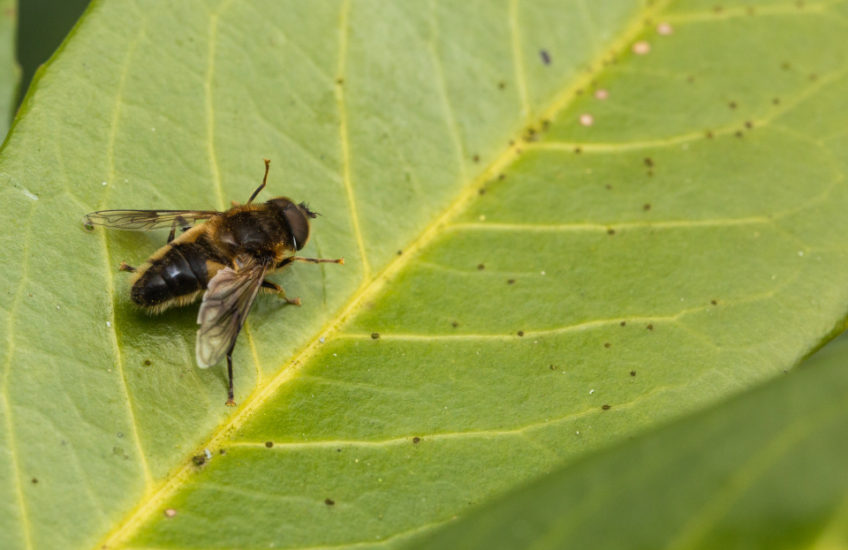 “Oh good grief!” said Eristalis pertinax, throwing up his tiny paws in despair, “It’s just too difficult! I’ll be here till Christmas trying to sort out which of these Tiny Tuesday entries I like best…”

After a good night’s sleep my idiotic joints were slightly less of a problem today, so after a morning slonked at my desk I decided to risk a little light gardening this afternoon. No digging or weeding, you understand, but I did manage to finish (only a month or so late) pruning and feeding all the roses. I also took plenty of bug photos, for recording purposes as well as for my own entertainment, and quite a few of them were of Eristalis pertinax, which was stalking me round the garden. It’s not the first time this has happened and I’m beginning to get used to it now, though the first couple of times I found it quite unnerving – finding myself face to face with a small squadron of hovering flies made me feel rather like the Death Star, especially as they would take immediate evasive action (without actually going very far away) every time I pointed the camera at them. I’ve put a selection of today’s shots on my Facebook page, if you’re interested.