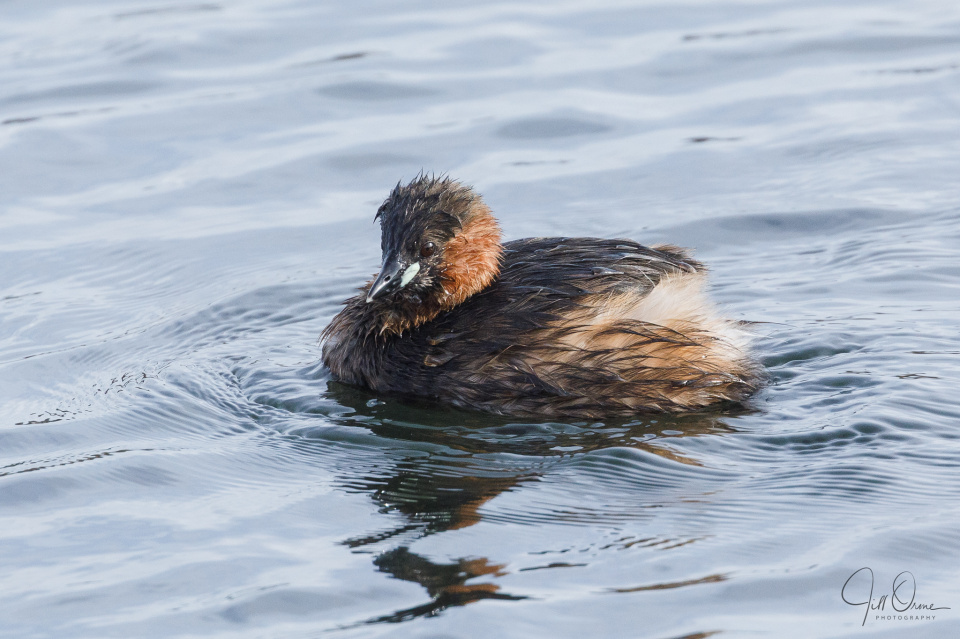 “I’m sure I’ll take you with pleasure!” the Queen said. “Two pence a week, and jam every other day.”
Alice couldn’t help laughing, as she said, “I don’t want you to hire me – and I don’t care for jam.”
“It’s very good jam,” said the Queen.
“Well, I don’t want any today, at any rate.”
“You couldn’t have it if you did want it,” the Queen said. “The rule is, jam tomorrow and jam yesterday – but never jam today.”
“It must come sometimes to ‘jam today’,” Alice objected.
“No, it can’t,” said the Queen. “It’s jam every other day: today isn’t any other day, you know.”

Finding myself with an unexpectedly free day, I rattled off to Kemerton Lake this morning in search of otters. Three of which, I was told, had been performing some kind of synchronised display right in front of the water level hide until about twenty minutes before my arrival. An otter-free hour and a half later I departed to fulfil a lunch date with R, and according to a message I received later, two appeared outside the hide less than two minutes after I left.

This little grebe was my favourite bird of the day, largely because of its attitude (see yesterday), but also because of all the individuals I saw today it was the furthest into its breeding plumage. During the winter little grebes are a fairly drab brown, but in the spring they turn darker and acquire chestnut-red cheeks and neck. The pale patches at the gape (that is, the fleshy base of the bill) also become brighter. The reason for this isn’t clear, though some people suggest that it might be to attract chicks towards the potentially food-bearing bills of their parents. Personally I’d be surprised if the chicks needed any guidance or encouragement to seek food, but I suppose it’s possible.

I’ve put a handful of other images from my morning over on Facebook, if you’d care to take a look. The oystercatcher was one of two – possibly a breeding pair, if they can stay away from the otters – and represented my 84th bird species of the year. On our way out to lunch R and I passed a house with a large pond or small lake in its garden, with a jetty on which was standing what looked like a little egret. This seemed so unlikely that I almost convinced myself it must have been a plastic model, but when we drove past on our way home the jetty was empty, so I’m listing the little egret as species number 85.