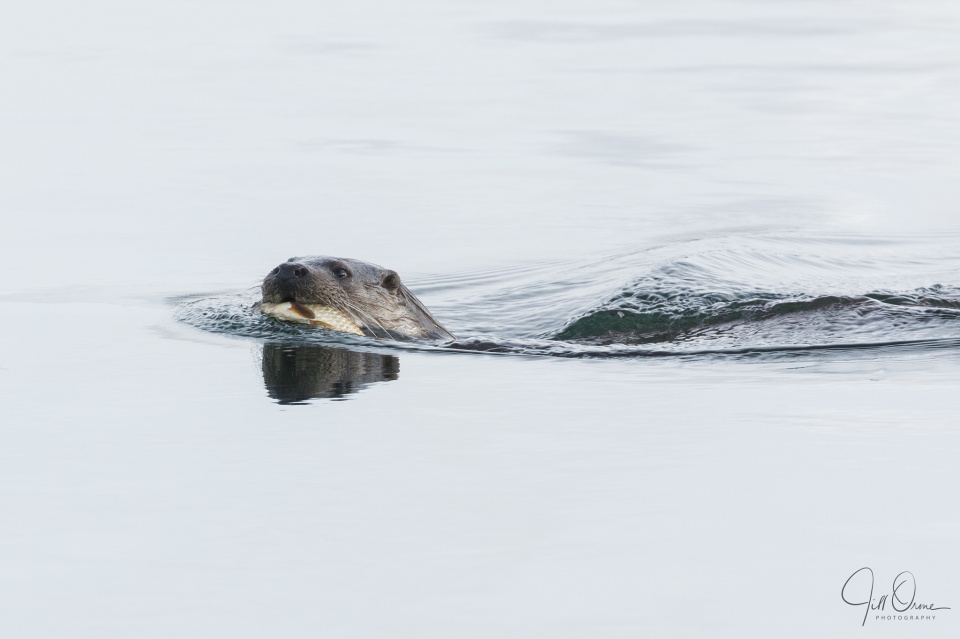 It was a lovely day, but I didn’t fancy going a long distance, so I risked another trip to Kemerton Lake, where – three hours into a four-hour stint in the water level hide – this is what happened.

There were two other people whom I know slightly in the hide with me at the time, and we were caught between holding our collective breath and laughing with surprise and delight as this otter, having caught its fish over towards the edge of the lake, swam determinedly towards us, diving from time to time but steadily approaching closer and closer. By the time I took my last sequence of seven frames it was in front of us, and the final shot includes the kingfisher post that’s right outside the hide. At this point the otter dived, shaking the post as it went, and completely disappeared – having waited in vain for it to surface we decided that it must have swum under the hide into the reed bed behind, and come up there to eat its catch.

R (who said a gratifying “Wow!” when asked to judge between my photos) has chosen this image because the otter is beginning to turn towards the hide but it still has its head up and its prey is clearly visible; in the next image its head has dropped as it prepares to dive, and the fish is almost under the water. I’ve added one other shot from the sequence, which I like because there’s nice turbulence in front of the otter’s head, and a hint of its sleek body and tail behind. 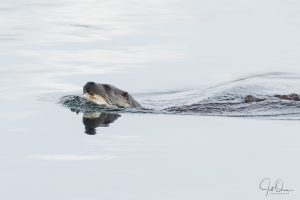 The second extra is a beautiful great crested grebe, which under other circumstances I’d have been more than happy to feature in this post. In this image it’s floating quite tranquilly, but a little earlier it had been swimming back and forth in front of the hide, crest raised and calling for its mate (who doesn’t seem to be on the lake at the moment), and a short while later it skittered off in great alarm towards the middle of the lake when the otter began to approach. 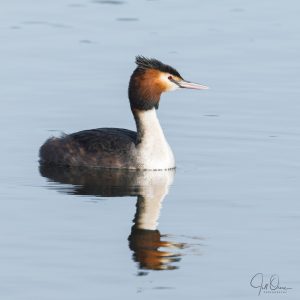