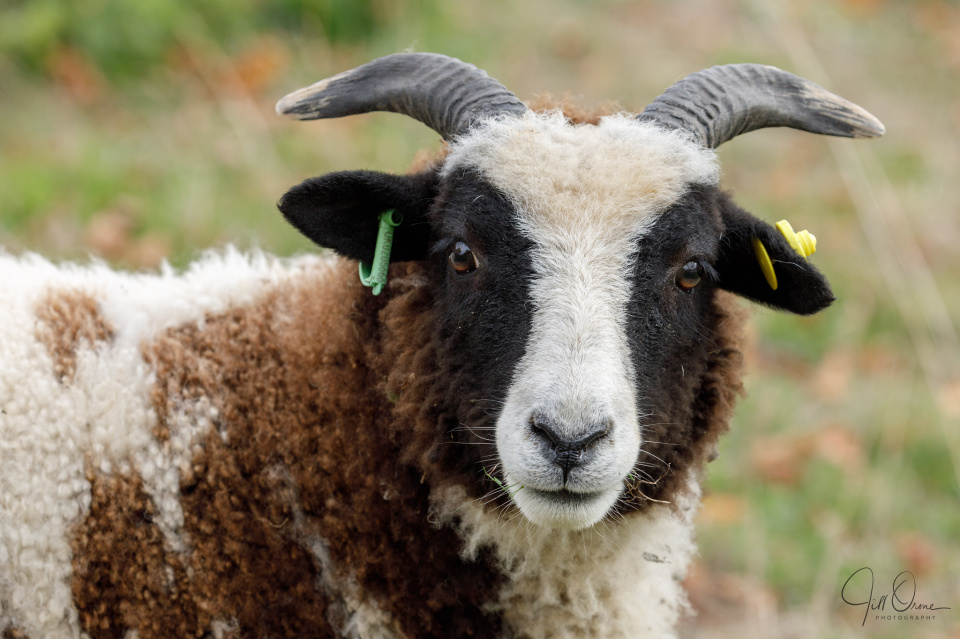 I went to Charlecote this morning to see if the rut had started; it hasn’t, but I think it will kick off quite soon. Some of the older, bull-necked bucks were stamping around, shouting and threatening the does, who were mainly skittering out of the way, though a few were flirting submissively. The younger bucks were mostly hanging out in groups away from the big old guys, staying out of trouble, but every now and then a couple of them would engage in a few seconds of cursory sparring.

For some reason the Jacob sheep were being unusually forward today, and provided me better photo opportunities than the deer. I couldn’t quite decide between these two shots, and in the end I gave up trying and posted both; I like the close-up, but the extra amuses me because it looks as though the sheep is smiling for another tog who was shooting a little way to my left. 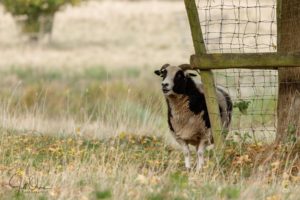 Jacob sheep are often said to be descended from the piebald sheep described in the Book of Genesis, though there is absolutely no evidence to support this legend. Another story is that they swam ashore in Ireland from a wrecked ship of the Spanish Armada – but there’s no evidence for that either, though they were called “Spanish sheep” in early records. They’ve been bred in England since the seventeenth century, often as ornamental sheep on large estates, and when a breed society was established in 1969 the first president was the Dowager Duchess of Cavendish, who kept a flock at Chatsworth.

They’re small and hardy sheep, independent in temperament and good at foraging, so they don’t require much looking after. Both sexes are horned, though the rams tend to have more impressive horns; and although both of these chaps have just two horns, four is a more common number, and some individuals even have six.

If you fancy owning a Jacob sheep of your own, the breed society can be found here.