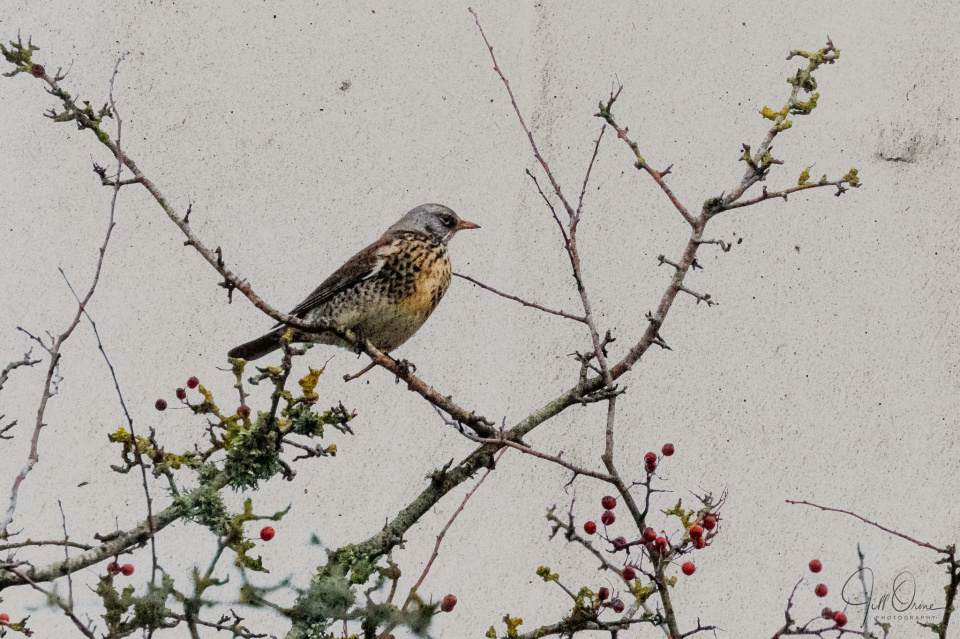 “I like that,” said R, peering over my shoulder when he brought me a glass of wine this evening. “It looks like a book illustration.”

I’d rather you kept this to yourselves, because I don’t want him getting complacent, but I’m starting to wonder if he might be a keeper: a book illustration is exactly what it’s supposed to look like.

I took very few photos today, and most of those few went in the trash as soon as I’d looked at them. It rained all morning, which at least let me catch up on some more of my backlog of stuff; and when at lunch time it cleared up and R and I went into Evesham to have coffee and sample the new Waitrose store (oh, the excitement!), I failed to get any images I liked. This was hardly a surprise though, on account of the Sham being pretty seriously unphotogenic, and I wasn’t too worried at this stage because the forecast was reasonable for the Cotswolds, and I was planning on going owling (leaving R to lug all the shopping home, naturally).

However, as I busked across country towards the escarpment the weather turned pretty biblical – it was raining hard and blowing a hoolie, and the road was thick with mud and debris. I was held up at a bridge at Barton, near Temple Guiting, because a group of tree surgeons were taking apart a tree that had begun to fall over onto it, and started to wonder if turning back might be the sensible move. But I didn’t get where I am… etc., etc., so I pressed on, and by the time I reached the owl field the rain was clearing again.

I risked getting out of the car – which looked as if I’d been rallying in it – and found that the conditions really weren’t too bad by now, so I thought there was a chance of an owl; but no owls appeared. I had a bit of a chat with some other hardy souls, which was all very nice but still didn’t get me any photos; and the light faded, and there were still no owls; and the other hardy souls started to drift away…

At this point I decided on one brisk turn up and down the lane, which is when I managed to snap this fieldfare, just before it left in a flurry of chattering irritation at my presumption. At the far end of the walk I’d set myself I saw a hen harrier go up for all of about ten seconds, and managed a single in-focus shot of her (dark; distant; low shutter speed; ISO 5000) – and then I gave up and came home.

Looking at a very ordinary photo of the fieldfare and wondering if I might be able to “improve” it, I decided to texture it, using an image I made a while ago by photographing a blank page of a very old children’s book that once belonged to my mother. In the end I used multiple copies of the two layers, with an extra filter layer somewhere in the middle as well, and played around with blending modes, trying to get to an image that could have been a colour plate in that old picture book. It’s a long way from my usual style, but it was fun to try something a little different.