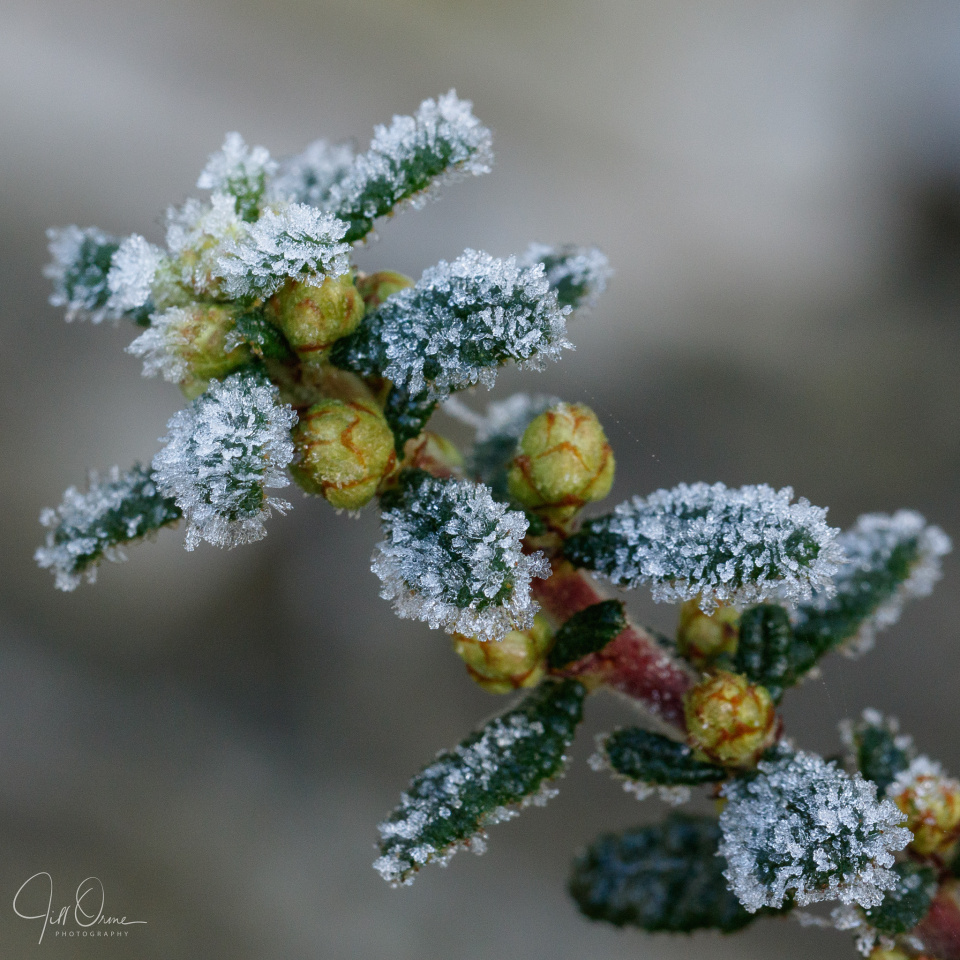 I missed a beautiful sunny start to the day, because I woke up tired and struggled to get myself moving – by the time I made it outside, at about 10am, the cloud had rolled in and it had tuned into a cold, dank, and generally pretty grim day. An hour in the garden was all I could tolerate, before scuttling back to the shelter of the house.

This is a shoot on the ceanothus we planted last year in the shelter of the old farm wall – which didn’t protect it from getting frosted, as you can see. Those are flower buds, some of which had already been opening before this cold snap started, so I’ll just have to wait and see if they survive he freezing and thawing process.

I spent the afternoon in my nice warm study, improving the playlist of music I have on my phone for the entertainment of Baby B. R and I spent his first few months exposing him to Baroque and jazz, but now he’s one, and clearly into anything with a strong beat, I’ve expanded the list to include some classic rock and country. This gives me all the excuse I need to remind you how brilliant this is – though it’s actually The Cars’ original that’s gone onto B’s playlist. Time enough to take him to see Punch Brothers when he’s two or three, I think.