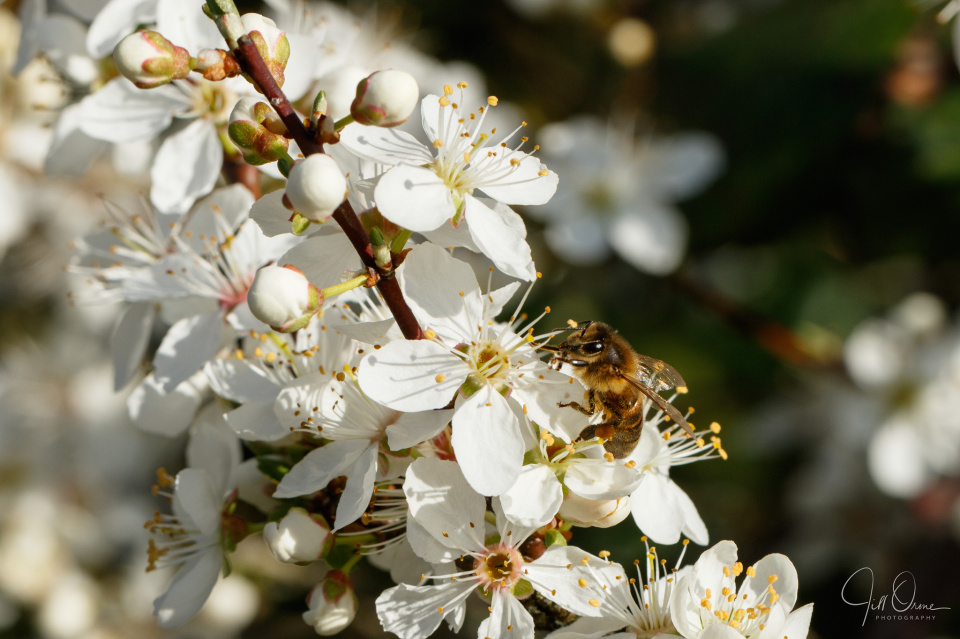 R and I had another heavy session in the garden today, working on and around two overgrown and neglected apple trees. He did most of the de-brambling, and I did most of the pruning, and between us we returned them to something like an acceptable state, and created an enormous pile of debris. I’d feel a glowing sense of achievement if I didn’t know that we still have two to tackle, one of which is very much bigger than either of the ones we renovated today.

Anyway, after we’d worked ourselves to a standstill, and while the oven was heating up for us to make our main meal of the day, I scuttled off out with the macro in search of today’s photo, and wound up back at the cherry plum tree I blipped last Tuesday. If you compare this photo with the earlier one you’ll see that in the intervening five days it has burst into full flower, and it was looking glorious in today’s bright sunshine. Sadly this photo doesn’t come with sound attached, which means that you don’t get to hear the gentle humming sound of the dozens of honey bees that were feeding and gathering from the tree, but I’m sure your imagination will create the appropriate soundtrack.