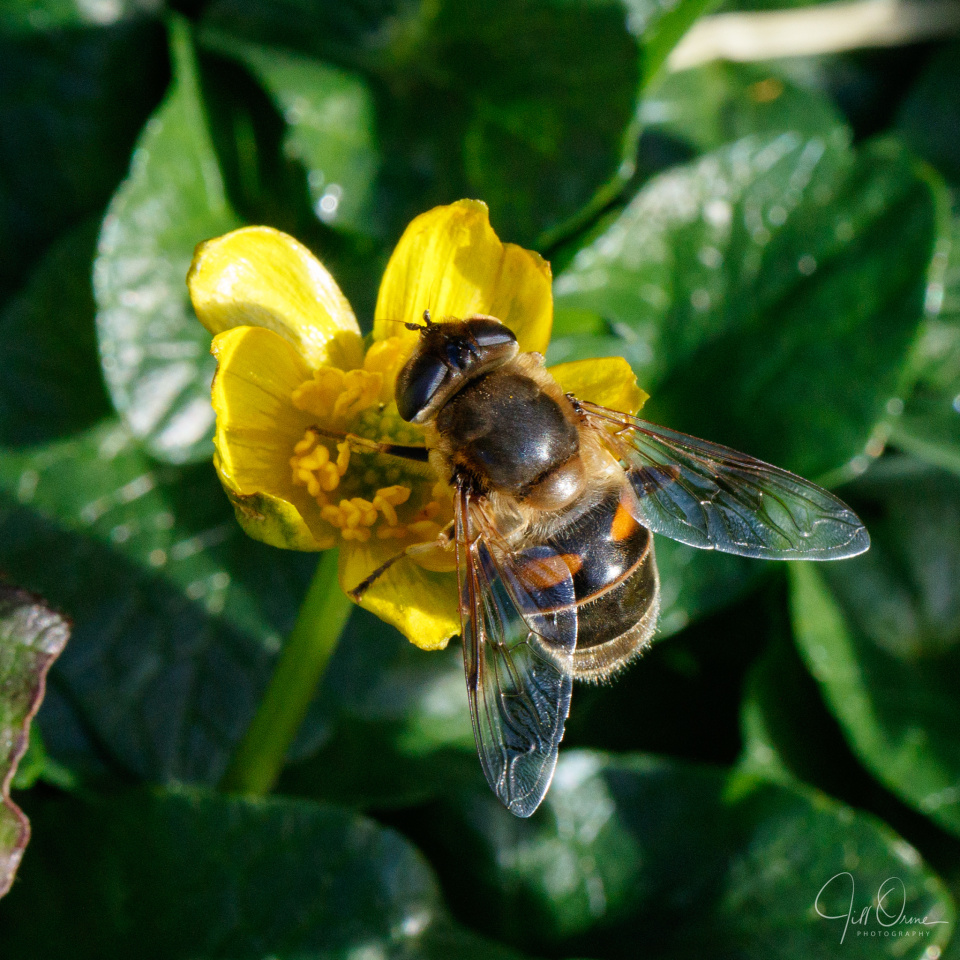 I thought I had seriously messed up this morning. I had an early appointment for a haircut, and as the weather was fairly dour at home I decided not to take a camera with me. Imagine my chagrin then, when I got up onto the Cotswold scarp and discovered that the weather over Gloucestershire and Oxfordshire was lovely, and there were red kites out in force all the way between Chipping Campden and Chipping Norton. Some quite fishwifey language was used, I can tell you – especially as I drove back over the border into the Shire, and the light promptly deteriorated two stops and it began spitting with rain.

Back at home, R assured me that things were forecast to improve by this afternoon, and luckily it turned out that he and the Met Office were right. It’s still very windy here, and not particularly warm, but I was hopeful that the bright sunshine would bring out a few invertebrates, so I took the macro and went on a garden mini-beast safari, which netted two hoverflies, four 7-spot ladybirds, and four green shieldbugs, still in their bronze overwintering livery. I saw a single 7-spot ladybird a couple of weeks ago, but the hoverflies and shieldbugs were the first of their species for the year.

My other hoverfly, a female marmalade fly (Episyrphus balteatus), would probably have featured this evening if I hadn’t then found this handsome female drone fly, identifiable by her dark fore and middle feet as an Eristalis tenax. I heard her before I saw her, and my heart lifted momentarily at the thought that I might be listening to the first hairy-footed flower bee of the spring, but a couple of seconds more convinced me that the noise was too low-pitched, and not sufficiently hysterical, to be a plumpie. It then stopped as she landed, and I had to wait for her to take off again before I could start tracking her down. She wasn’t thrilled about the attention, but she did eventually allow me a couple of photos before disappearing into my neighbour’s garden for some peace and quiet.

By the time I’d finished my invertebrate survey I was in such a good mood that I fetched gloves and secateurs and pruned all the roses. This took two hours, and left me tired and sore, but I’m glad to have got it done. I won’t clear last year’s ground-level debris until a few more beetles and bugs (and hopefully some solitary bees) have emerged, but I was beginning to be a little embarrassed by the shabby state of the garden, and I’m thinking about other work I can do that won’t endanger any nests or roosts.