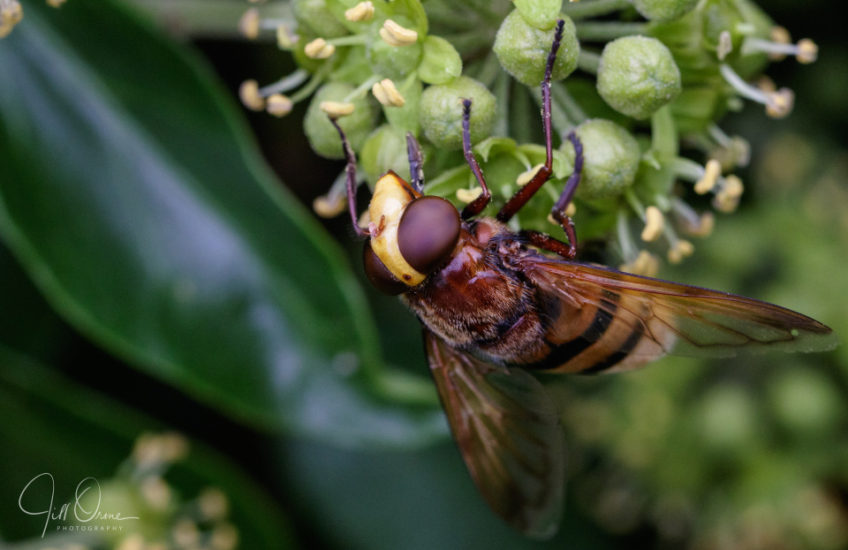 There are quite a few things that make bug people (and wannabe bug people like me) cross, but one of the things that really riles them is members of the public with no interest in bugs absorbing idiotic and inaccurate stories from the tabloid press, and then getting in a stew about some inoffensive insect or arachnid. I’ve lost count of the number of times I’ve seen posts in various identification forums on Facebook along the lines of:

“This bee was attacking my daughter [cue stock photo of a hoverfly], and the council won’t come out – but what if there’s a nest? What should I do?”

“I think this is one of those Asian hornets, and I don’t know what to do about it! PLEASE HELP!” [cue photo of a honey bee, or a wasp, or very occasionally a European hornet or a hornet hoverfly].

The people who run the forums generally try to strike a balance between not pandering to tabloid-induced hysteria, but yet being nice enough to provide sensible and helpful information in a way that might reassure the poster and even (just possibly) change their attitude. Ordinary members aren’t always so kind, and frequently rip into those who put up posts like this. I roll my eyes and keep my waspish (see what I did there?) thoughts to myself.

This fabulous insect is Volucella zonaria, one of Britain’s largest hoverflies, which is entirely harmless, but mimics a hornet as a means of persuading other creatures to leave it alone. This was probably a solid evolutionary strategy until the Daily Mail came along and started shrieking about killer hornets wiping out all the bees, and delivering flesh-dissolving stings to humans. Sigh.

I was down at the end of the village this afternoon, searching a neighbour’s ivy hedge for the ivy bee Colletes hederae, which is still rare enough round here to be a target species; having posted an accepted record of it last year, I’m keen to find it again, but so far this season I haven’t spotted any. But the ivy bee isn’t by any means the only thing that adores ivy nectar, and the hedge was humming with flies, wasps and honey bees; and then I picked up a much angrier-sounding buzz, and in swooped V. zonaria – beautifully marked and very impressive at nearly 2cm long. Rushing towards her with the macro, I terrified the poor thing and she immediately flew away over the hedge, but luckily she couldn’t resist the smell of the ivy (which was so strong it was nearly making me sneeze) and came back a couple of minutes later. This time I approached her far more stealthily, and managed a reasonable set of shots; and when a passer-by approached me to find out what I was snapping away at, I was happy to be able to show her off and point out that she’s harmless.

I’ve just posted a different view to Instagram, which shows something I’d never seen before: the end of her proboscis bifurcates. I haven’t been able to find much information on the way in which hoverflies feed, apart from a brief reference on one site to their mouth parts acting as passive sponges to soak up nectar and pollen – in which case the spreading of the end of her tongue presumably just acts to increase the surface area that’s in contact with the plant.