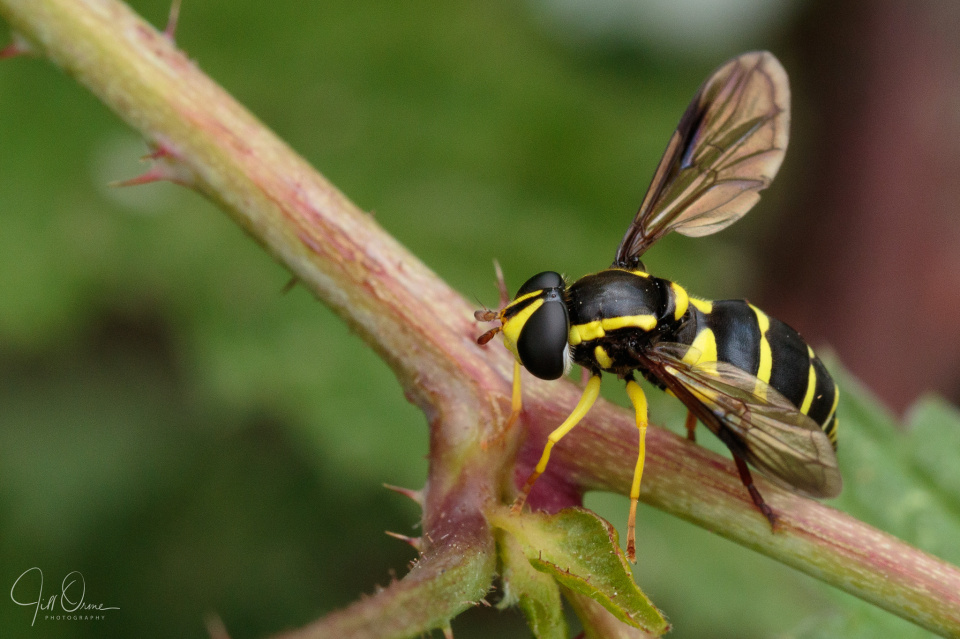 I had a fairly long, though probably useful, session at the hospital in Stratford this morning, after I ‘fessed up to the rheumatologist that I’ve not been especially well for the last few months, and he responded by sending me for an MOT. It was well on into the afternoon by the time I made it down to the river to look for photos, and not the best conditions for going on a mini-beast safari, being both overcast and windy, and though I pride myself on being a reasonable macro photographer I struggled to get shots that pleased me. I was also quite irritated by the scarcity of Odonata (my entire tally for the day: one Red-eyed and one Blue-tailed Damselfly), but by this time I was tired, and the thought of getting in the car and heading to a different site didn’t really appeal, so I plodded on.

After pursuing various nettle-coloured things among the nettles, and getting dangerously close to the edge of the bank trying to chase down a pair of 14-spot ladybirds, it was a relief to see this startlingly bright hoverfly come down on a bramble just in front of me. She glories in the name of Xanthogramma pedissequum, which I’m not even going to attempt to translate, but according to Falk she may also be addressed as the Superb Ant-hill Hoverfly: superb, I assume, because of her smart uniform, and ant-hill because her offspring will develop in an ant nest, where they’ll feed on the aphids that are farmed by the ant colony. This is the most common of the three Xanthogramma species we get in the UK, and can be found anywhere south of a line drawn between The Wash and the Bristol Channel.