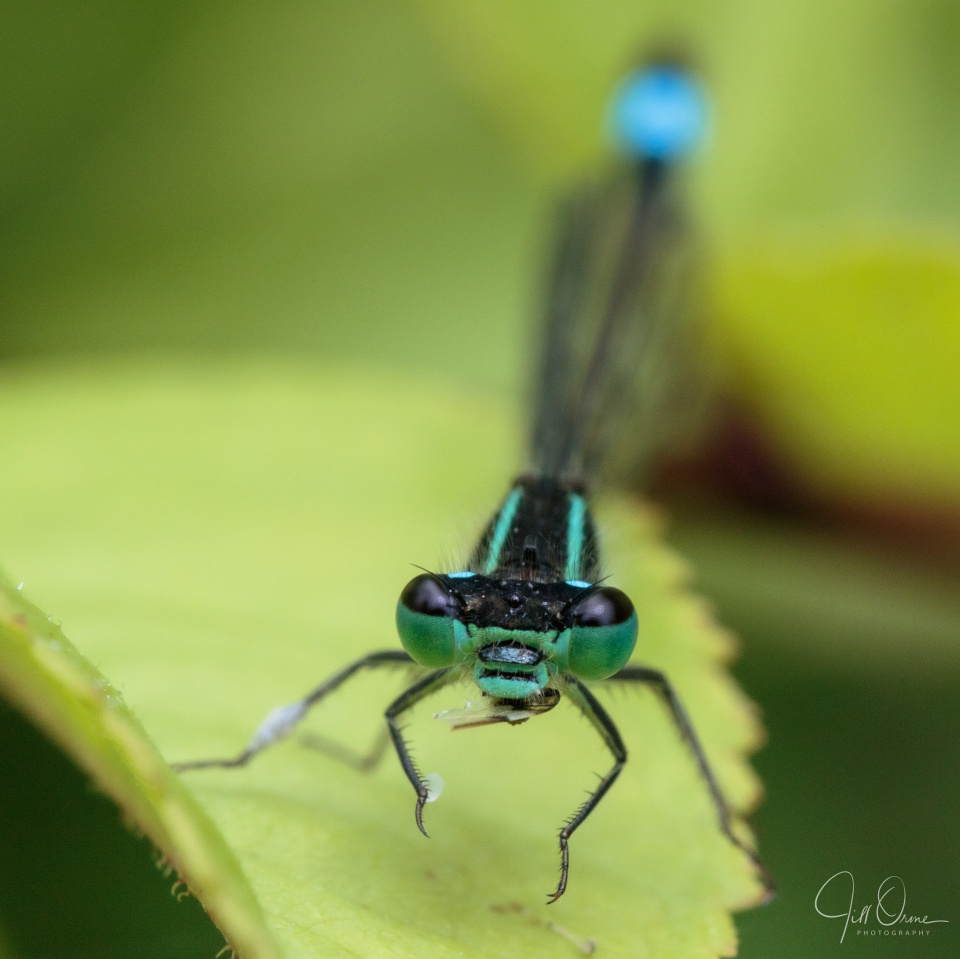 This is an immature male Blue-tailed Damselfly, keeping up his strength at Kemerton Lake Reserve today. He and his lunch were my best captures of the session – I saw just a handful of damsels, and only one distant dragon, in the couple of hours I was there. This will repay being viewed full-screen, if you have the time.

If you check out my extra you’ll see that I wasn’t the only one on an Odonata hunt: the large reed bed at the western end of the reserve was busy with reed warblers, and I captured a few shots of this one as I was going along the board walk that spans the reeds and takes you to the main hide. They amuse me quite a lot, because they’re far from being stealth hunters – as well as seeing the reeds shaking as they move about, you can quite easily track them by the chuntering noise they make. While I was sitting in the hide, waiting for the rain to stop, I was interested to see that the approach of a reed warbler put up a little cloud of damselflies which all removed themselves out of danger, so the prey in my photo must have been a bit dozy to get caught. 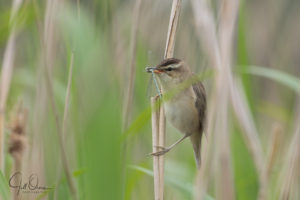 On my way home I stopped at the village pond in Willersey, which is usually a good place for dragons – but dragons were there none. Again. Having said which, I think there must be some about, because I saw the rather gruesome sight of a female Azure Damselfly trying vainly to rid herself of the abdomen of a male, which was still firmly attached to her by its claspers, the thorax and head having been neatly removed by something with large, strong jaws. I’ll spare you those photos, but I was pleased to get quite a nice long lens shot of another couple of Azures in cop, and I’ve posted that to Facebook, if you’re interested.

The nicest thing that happened today was that L and G’s wedding photographer has blogged some of her favourite shots from their wedding. I think she did a fabulous job – especially given that she worked alone – and if you know anyone who’s looking for a wedding tog in the South Wales area, I wholeheartedly recommend Our Beautiful Adventure. The blog is here, if you’d like to take a look.