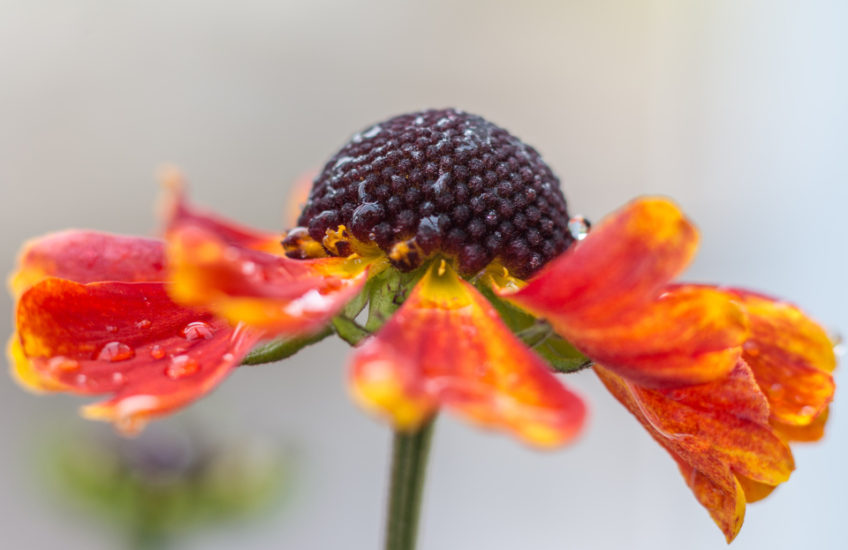 I got up this morning with the thought of going to Prestbury Hill nature reserve, but then I checked the weather forecast and decided against it. This turned out to be a good decision, because it heaved down for most of the afternoon – so I worked through some more of my flower photography course, and then fetched one of yesterday’s purchases into the conservatory to practise on it.

There’s something about having the camera on a tripod and a cable release in my hand that leads to profligacy, I find – I suppose it’s because there’s no physical effort involved, other that bending slightly to look through the viewfinder. I thought I’d taken about three dozen shots, from various angles and at different apertures, but when I uploaded them it turned out to be eighty. After much comparing and culling I whittled them down to eight, from which R chose this as the most interesting.

It’s Helenium ‘Sahin’s Early Flowerer’, photographed with the 31mm extension tube on the 85mm lens. When I checked the name on line just now, I was enchanted to discover that an alternative name for the helenium is “sneezeweed”, because Native American tribes used to dry the flowers and make them into a kind of snuff.