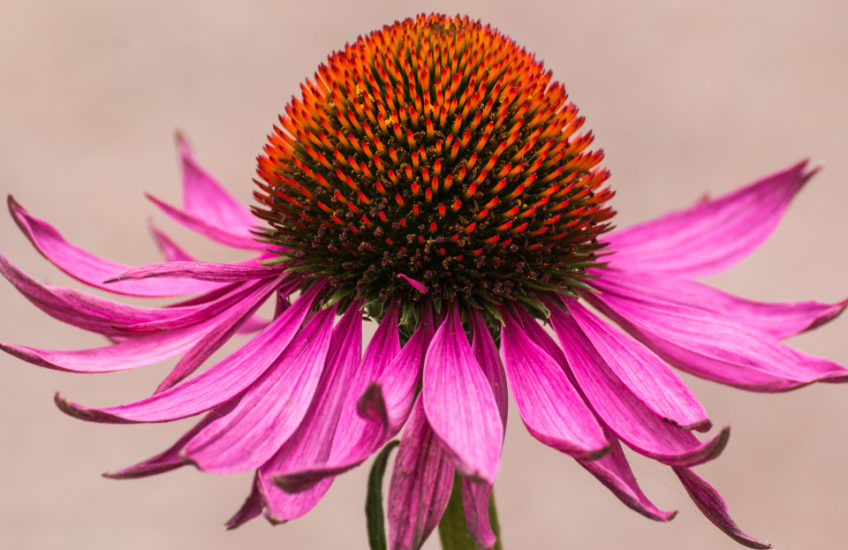 I was contemplating taking a mystery macro shot this morning, but not feeling very fired by the idea, if I’m honest – photography is such a documentary art for me that I have to be in an unusually skittish mood to want to make an image not look like the thing it’s supposed to represent. Which isn’t to say that I don’t enjoy other people’s mystery macros – I find them quite intriguing – but today I couldn’t summon the enthusiasm to set one up myself.

Then I suddenly remembered that before R and I went away to London I had paid for an on line flower photography course (it being on special offer at the time), but hadn’t actually found the time to watch any of the video tutorials. The course is called The Art of Flower Photography, and the tutor is Kathleen Clemons – some of whose images are enough to make you weep. As is her equipment list, if I’m honest! I watched the first couple of lessons this morning, and in the second one she talks about her favourite lenses – and though I don’t think I can justify the cost of a 180mm macro, I am now definitely seeing a 100mm macro and a Lensbaby Pro kit in my future. In fact I nearly bought the macro today, but stopped myself because I think upgrading my camera body first makes more sense.

She doesn’t, of course, tell you that you need all this extra equipment – in fact the main thrust of the lesson was that you should thoroughly get to know the lenses you have, so that in the end you know without even thinking about it what the strengths and limitations are of each one, and therefore what kind of image you can expect it to produce. She showed a beautiful shot of a calla lily which she’d taken from a distance with a 70-300 zoom, and as that’s not a lens I would normally use for photographing flowers it seemed to me to be an interesting place to start experimenting.

I then hit a small snag – nothing much is in bloom in my garden at the moment. The long dry spell we had has taken most of my plants over early, and everything is looking quite tired and drab. I thought I might pick up a bunch of cut flowers when I went down to Broadway at lunch time to collect Arthur’s antibiotics from the vet; but then I realised that I could very easily come home via Cotswold Garden Flowers and buy some new growing plants instead.

I love that nursery – it’s absolutely stuffed with wonderful things, at very reasonable prices, and the staff are lovely. While the woman in the office was adding up the eight plants I’d selected, I mentioned the reason I was there and her immediate reaction was “You don’t need to buy them if you just want photographs – take as many as you want!”, which I thought was charming. I did buy them of course – well, it would have been rude not to by that stage! – but I might well take her at her word and go on a photo safari there another day.

Back at home I spent a happy half hour taking photos with the 70-300, and I did learn something useful about the lens in the process. I consider it to be pretty sharp, but to my surprise I had to discard most of the shots because they simply weren’t sharp enough. Having mulled it over, I think that I was tending to use too wide an aperture: this shot of Echinacea purpurea ‘Ruby Giant’ was the best of the series, and it was taken at f/8; the shots at f/5.6 weren’t too bad, but the ones at f/4.5 were really quite soft. I normally use the 70-300 at a distance, and the visible difference between f/8 and f/4.5 would be negligible at 30 yards, but today I was working at the minimum focusing distance of the lens because I wanted to fill the frame, and I think that the combination of wide aperture and the significant compression of a powerful telephoto produced a very shallow depth of field.

Plus, it was breezy, so the flower heads were moving about, and I wasn’t using a tripod…. I think I see a Plamp in my future too!