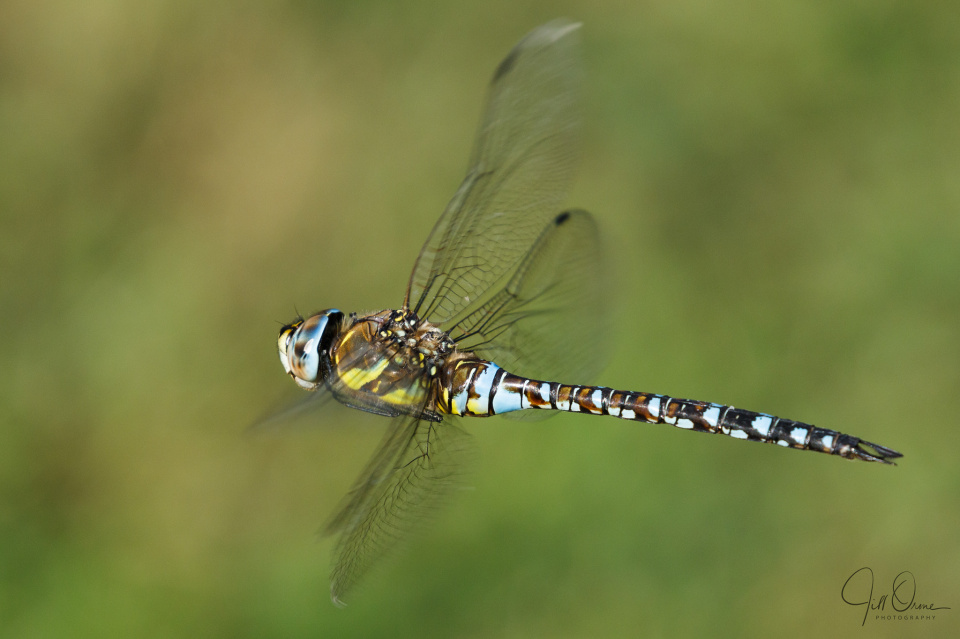 After spending a tedious morning analysing domestic fuel usage with R and choosing a new fixed rate energy plan, and with the prospect of an upcoming surge of housework and cookery in advance of visitors coming to stay at the weekend, I decided to take advantage of a warm afternoon and go to Croome on a dragon hunt. There was plenty of action happening, mostly in the Migrant Hawker department, and I spent a pleasant hour or so down at the lake.

I’d been photographing this male Migrant searching the nearby reed bed for food and females, and bickering mildly with a rival over territory, when he suddenly flew up the bank and hovered next to me for several seconds, allowing me a good burst of shots against a quite nicely diffused background. I knew that he was at a slight angle to the lens, which inevitably meant that he wouldn’t be pin-sharp from frons to claspers, but as he was being so tolerant I thought it would be impolite to push my luck by changing position, so I focused on the markings at the top of his abdomen, and left stem and stern to take care of themselves.

In the circumstances I’m not unhappy with this, though it won’t make it into either my competition or my ‘A’ panel folders. I was shooting at 1/640 second, which was the fastest speed I’d been able to risk against the dark reed bed, but the poor chap had a lot of wing damage, especially to his left hindwing, so I think having the wings this blurred probably serves the photo quite well.