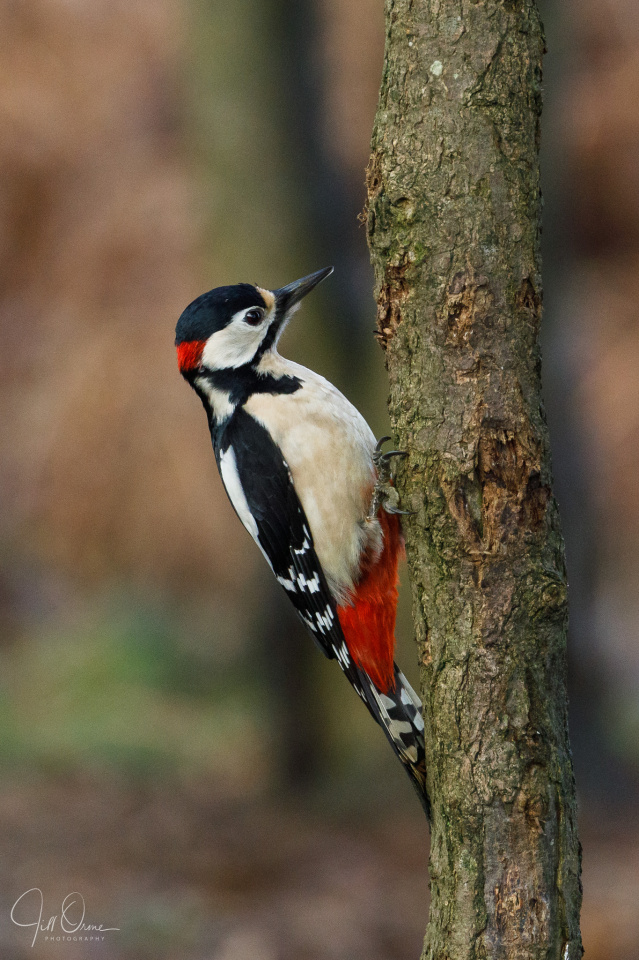 “Handsome is as handsome does,” the oldies used to say, gnomishly. I never knew what it meant – and in my childhood you weren’t exactly encouraged to challenge adult pronouncements (however glib, incomprehensible or just plain wrong they seemed to be) – but I suppose it’s something to do with good looks being all very well, but it’s how someone behaves that really matters. In which case, the great spotted woodpecker would probably be looked at askance at by the oldies. They might even say that he was no better than he ought to be, because he does have some unfortunate habits, such as digging other birds’ babies out of nest boxes or holes and eating them. But I had chicken for lunch, so I’m not going to criticise him for eating meat, or for doing what comes entirely naturally to him, especially during the breeding season when he has young of his own to feed. 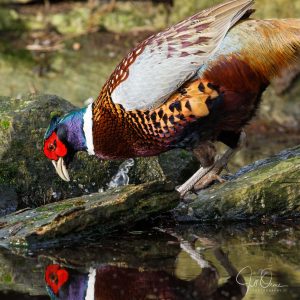 I’ve had a quiet day today – I was so underemployed this afternoon that I’ve just processed a folder of photos from March 2015 – but I did wander up to Hillers this morning, where I spent a happy and productive hour in the bird hide. The great spotted woodpecker in his art deco pomp is my favourite subject of the day, but I’ve added a shot of a pheasant because I think the reflection makes it a little unusual. I’m not entirely sure what the bird was doing, but it involved a great deal of peering and splashing, as you can probably see, so I think he was probably trying to get something out of the pond, rather than just drinking the water. If I’d seen the image I was creating when I took the photo, I’d have zoomed out and framed it better, but we are where we are.