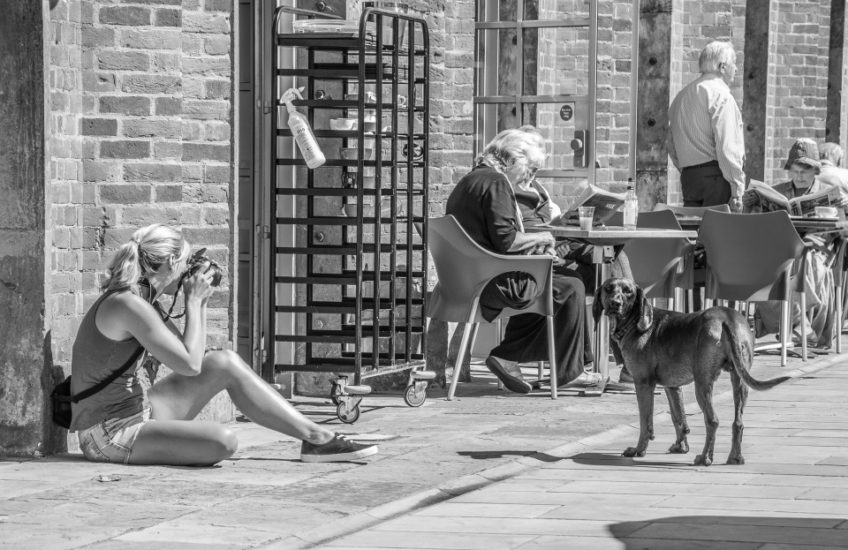 Hamish* was perfectly well aware that his lovely mummy wanted him to go over for a close-up portrait, but his finely honed instincts told him that his best chance of achieving virtual immortality today was to keep posing for the middle-aged woman with the long lens. And besides, The Old One smelled of cake.

* I think he was called Hamish – though it’s possible that there was a non-compliant husband of this name on the café terrace of the Royal Shakespeare Theatre this morning. Leastwise, someone called Hamish was letting someone else down right about now, and being spoken to severely over it.

In the extra: the young ladies of the Stratford-upon-Avon Boat Club narrowly avoid a Massacre of the Innocents. Mother duck appeared on the scene moments later, and in time-honoured tradition gave her hapless offspring what for. Apparently she had told them countless times not to play in traffic, and it would have served them right if one or more of them had been clonked with an oar and drowned. Children, honestly – nothing but trouble…. 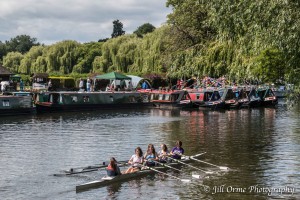