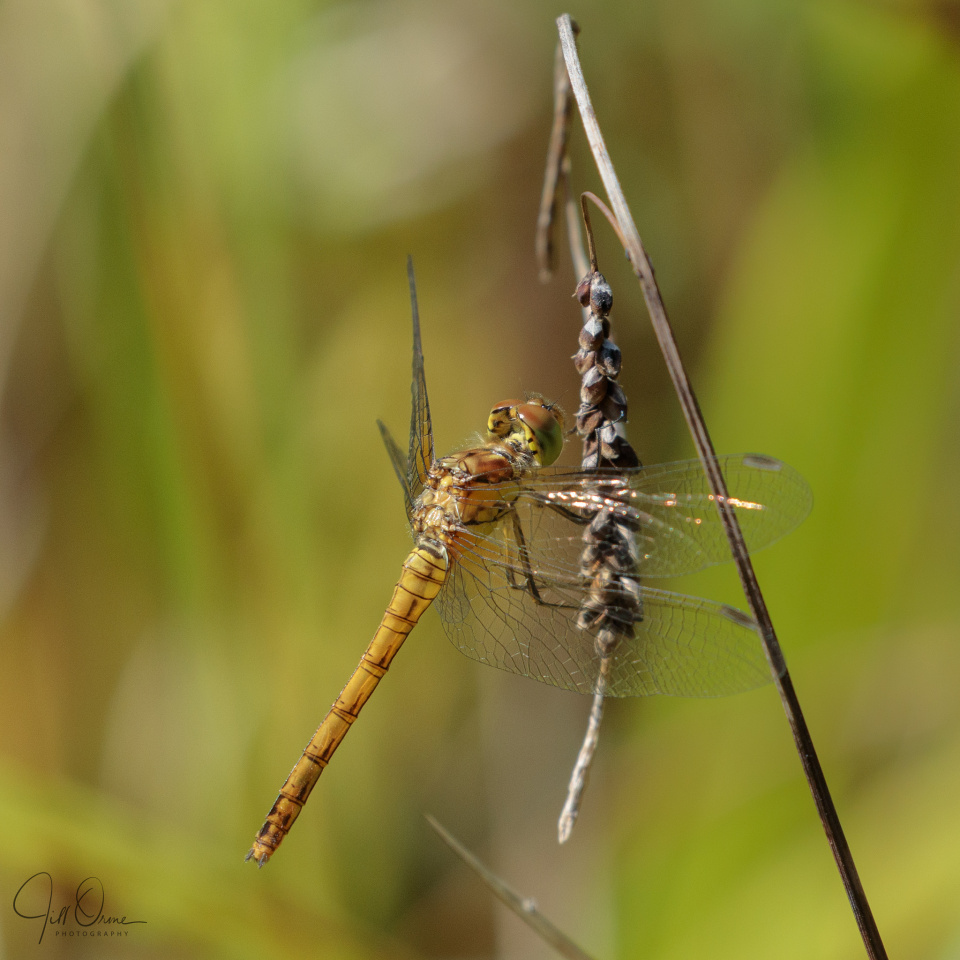 I went over to Trench Wood early this afternoon, timing my arrival for the point at which I thought the morning crowd would have gone home for lunch. It certainly wasn’t crowded – though I only got a parking spot because someone else happened to be leaving as I arrived – but I was surprised and dismayed to discover that by the time I reached the pond it was substantially in shadow. This meant that although there were several Southern Hawkers on competitive patrol, I struggled to focus on them, and in any case couldn’t get a fast enough shutter speed for flight shots without pushing the ISO through the roof.

I hadn’t realised how low the sun has dropped over the past couple of weeks, but I now know that for the rest of the season I’m only likely to get flight photos at this pond during the morning. Southern Hawkers aren’t necessarily early risers though, especially if the night has been cold, so there’s no point going at the crack of dawn either. I may just have to grit my teeth and mix it with the morning dog walkers.

Despite lucking out on the Southern Hawkers, I found plenty of other things to photograph, including a hoverfly I’ve never recorded before – a shot of which I’ve added below. Rhingia rostrata is superficially similar to her cousin Rhingia campestris, but slightly larger and noticeably paler; she’s also rarer, though the West Midlands is one of the species’ strongholds, so the fact that I’ve only just added it to my list is a testament to my poor observation skills. 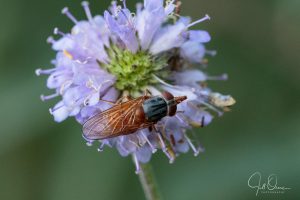 Although the pond was in shadow, the scrub behind it was selectively lit by strong afternoon sunshine, and it was here that I spotted this female Common Darter. Although she’d gone beyond the stage you would describe as teneral, she was still fresh enough for her wings to be quite soft, and her flight very weak and fluttery. This made the poor creature a bit of a sitting target, and I was able to get very close to her with the macro, but I’ve chosen this more distant view because I like the composition and the slightly hazy feel of the image.

Lockdown Family Film Club this evening was I’m Thinking of Ending Things which will be right up your street if you enjoy spending two hours trapped inside someone else’s nightmare. Jessie Buckley was very good though, as she always is. Jesse Plemons, despite what people keep telling me, is not the next Philip Seymour Hoffman. And nor is Charlie Kaufman the next David Lynch. Pffft.