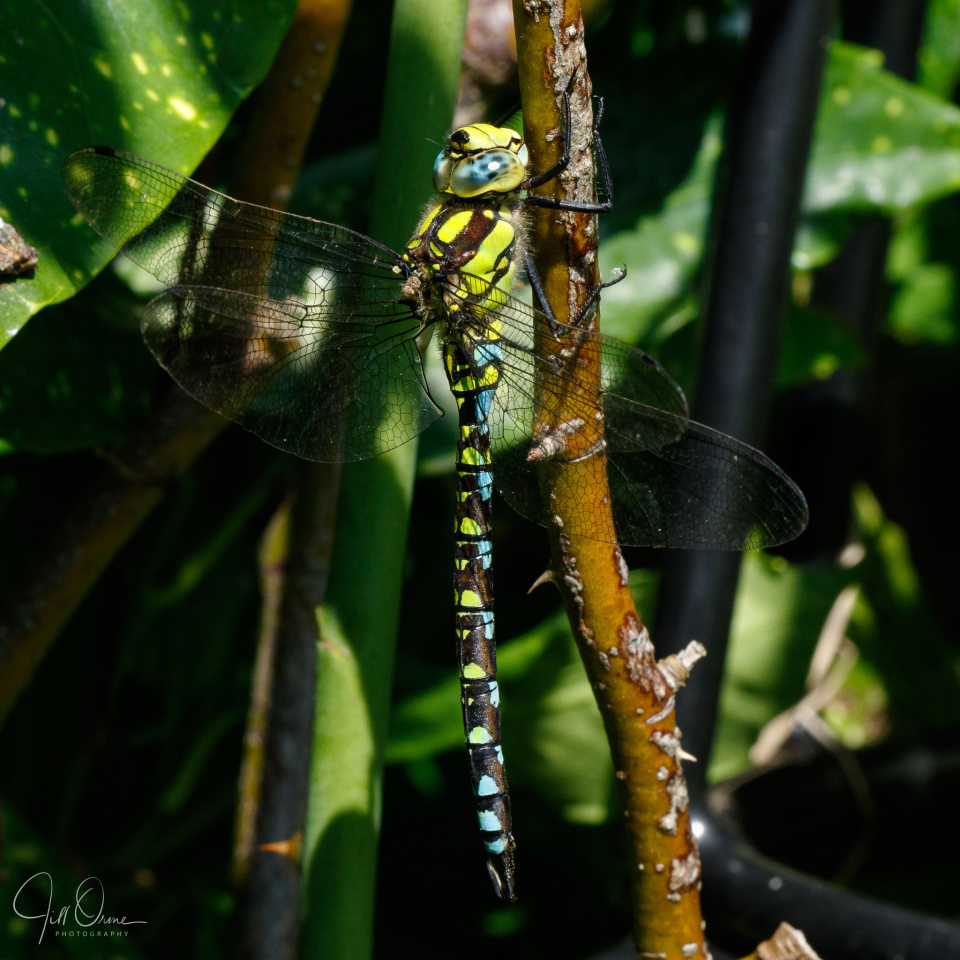 R and I had quite a busy day today: I did various bits of domestic engineering, including making a large aubergine loaf and freezing it in portions, and we both did some fairly hefty gardening. The weather this morning was still cloudy after yesterday’s rain, but it cheered up towards lunchtime, and by the second half of the afternoon August was back with a vengeance.

It took the invertebrates a while to join in with the general warming up, and for much of the day I was struggling for photos (I almost photographed the aubergine loaf ingredients, but then decided that…. I just couldn’t quite be bothered), but eventually they began to come out to play, and I ended up with a few possible images for today’s post. Nothing, though, trumps the moment when a handsome fresh Southern Hawker loops a couple of lazy loops in front of you, and then delicately settles on a rose stem within easy macro range.

I’m slightly perplexed as to what he might be carrying on his left forewing, and I wish I’d spotted it at the time so I could have homed in closer for a better view. I think it’s most probably a couple of sticky seed heads that have attached themselves to him as he was working through some vegetation, in which case they’re nothing to be concerned about – they didn’t seem to be affecting his ability to fly, and they may well brush off in time.