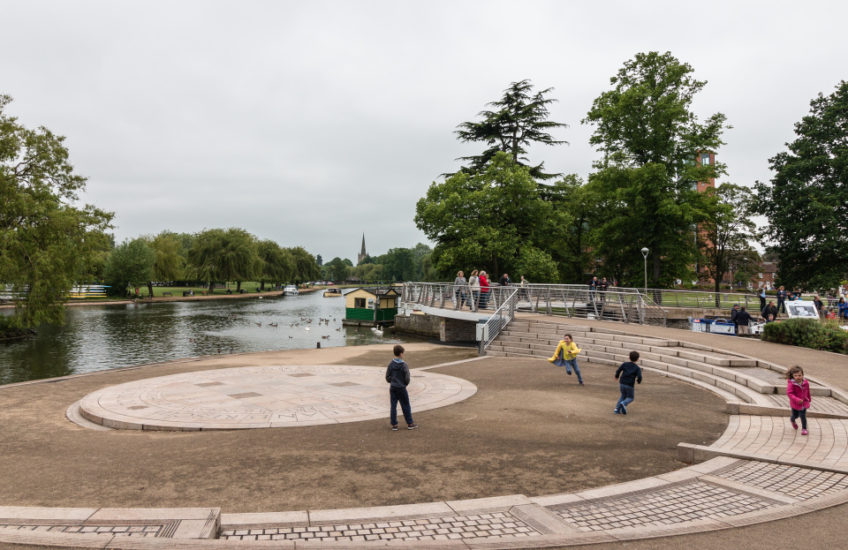 … Well, no – not sun. Obviously. Grey murk would be closer, but that doesn’t have quite the same ring to it. But it’s the half-term holiday here, so despite the gloom and sub-Arctic temperatures the Bancroft Gardens in Stratford were full of anorak-clad children, brought out of their homes by slightly frayed parents and grandparents to run off some energy.

I took a phone call just before close of business yesterday, telling me that my MX-5 had just turned up at the dealership in Coventry on the back of a lorry. This was rather a surprise to the salesman, as well as to me: neither of us had expected it to arrive so quickly, so I hadn’t dropped over the log book of my current car to allow them to move my private plate, and he hadn’t chased me about it. So this morning I crawled through the apparently interminable roadworks on the A45 (I’m beginning to think that I can’t actually remember a time when they weren’t there) and dropped in the V5C document; and then rewarded myself with a coffee stop in Stratford on the way back home.

Afterwards I went for a bracing walk around the Bancroft to take some photos. I wanted to shoot the Warwickshire Firefighters’ memorial because I don’t think I’ve ever blipped it before, but it was impossible to get a shot that didn’t include children playing. I’m sensitive to the fact that parents tend not to want their children’s photos appearing on line, but after I’d waited for quite a while – camera obviously in hand – for a clear view, and had been ignored by children and adults alike, I gave up and just took my photos.

The memorial commemorates four Warwickshire firefighters who died when the roof collapsed during a blaze at a vegetable packing warehouse, in Atherstone on Stour in November 2007. The central, circular paved area pays tribute to the work of the Fire & Rescue Service generally, and incorporates a large sundial; around it there is a small amphitheatre, in which is set a plaque dedicated to those lost at Atherstone – Ashley Stephens, Darren Yates-Badley, John Averis and Ian Reid. There is more about this tragedy here.