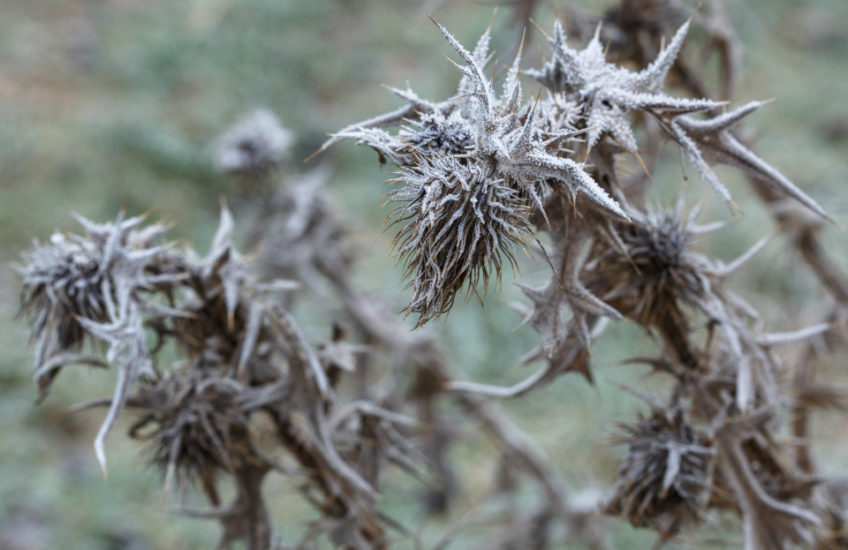 Or spiky and frosty  – either way, this pretty much sums up my mood today.

Hundreds of thousands of people around the globe marched and rallied today against Donald Trump and the message of divisiveness that brought him to power. I didn’t march, though I wish I had, but I was with them in spirit. I hope that the spirit of tolerance and inclusivity that underpinned these events can spread and grow, because it’s only light that can drive out darkness.

In other, less edifying news, a large though currently uncounted number of people woke this morning to the discovery that they were following Trump, Pence and Melania on Twitter, and that is was mysteriously difficult to unfollow them. Far be it from me to say that this might have something to do with the current POTUS being obsessed with size; but his Press Secretary Sean Spicer laid into the media today for suggesting that the crowd for the inauguration yesterday was considerably smaller than for either of Obama’s. Or as CNN put it:

David Schneider on Twitter likened it to this classic bit of explaining.