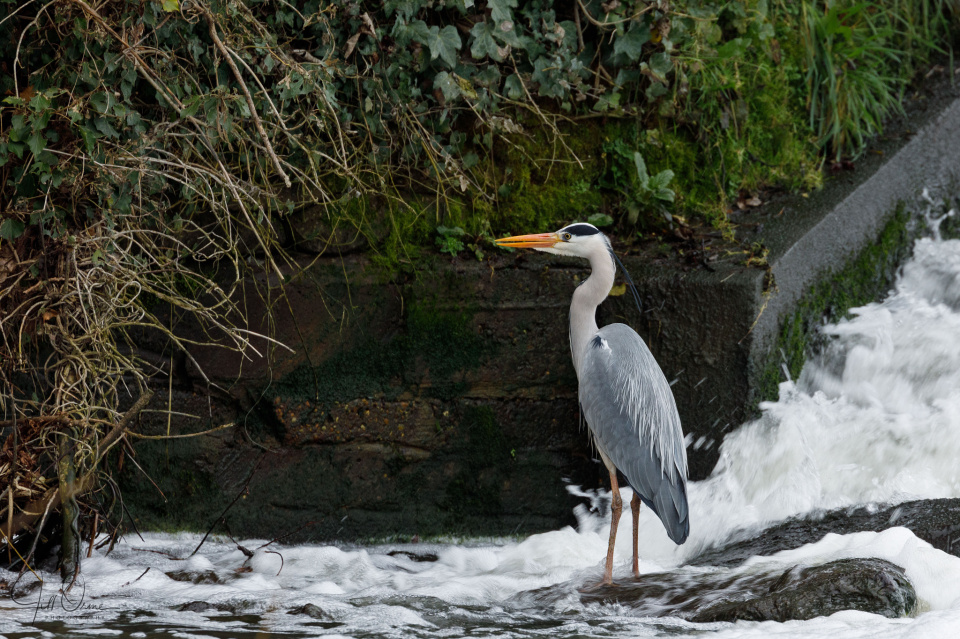 I went over to Brandon Marsh today, in search of a couple of whooper swans that have been reported there over the past few days. I found them quite easily, but they were zonked on the edge of an island, heads under wings, in a position that made it very hard to photograph them. For some reason the East Marsh was teeming with flighty and reactive ducks – in particular there was a flock of wigeon making a huge kerfuffle – and eventually one swan raised its head just long enough for me to get a record shot, which I’ve added as an extra. 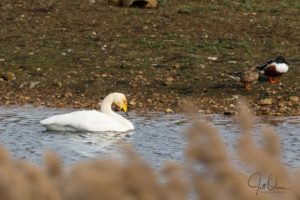 At first sight there’s not much to distinguish between a whooper and a Bewick’s swan, but whoopers are bigger (about the size of a mute swan, while a Bewick’s is only a little bigger than a Canada goose), and have a larger yellow patch on the bill. Almost all the whoopers we get in the UK are thought to come from Iceland; they winter here between October and April, before going home to breed.

The best photo I managed at Brandon Marsh today was of an oystercatcher practising its tree pose (as they do) – and I’ve put that photo on my Facebook page, if you’re interested.

On the way home I had a couple of errands to run in Stratford, and so as to improve my step count I parked in Old Town and walked in along the river. On my way back I caught this image of one of the local herons at the weir; herons seem to like weirs – presumably because it’s easy to see fish being swept over them – and this one stands round about here fairly often. But today it was better placed for a portrait than it usually is, and was more interested in watching other birds flying up the river than in what was happening at its feet. The light was grim by this time, so I had to drop the shutter speed way down, but I quite like the effect of roiling water that this has produced.