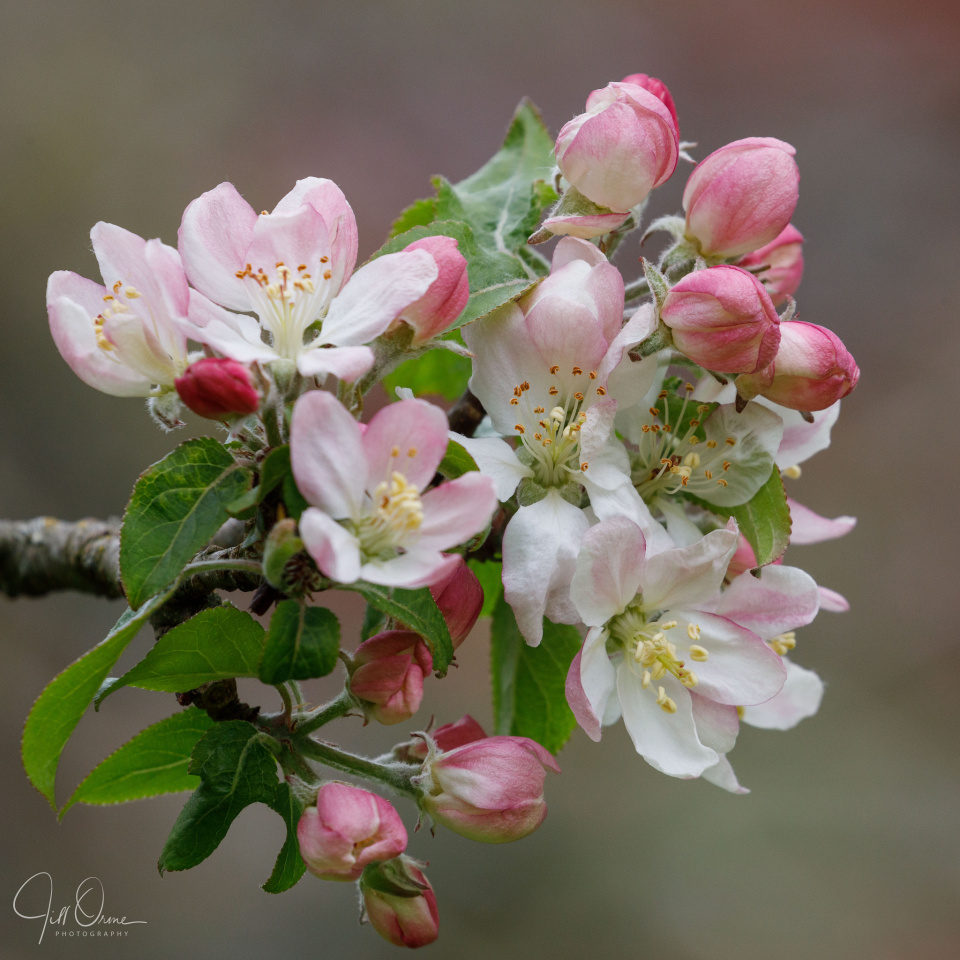 R and I went for a walk at Croome this morning, where we failed to find any Odonata but did enjoy the emerging bluebells, though it was a dull morning and they didn’t photograph especially well. A few swallows and house martins have arrived back on the estate after their epic migration, which as ever made me feel quite emotional; and as we drove home I saw a few sand martins as well, flying over a bend in the River Avon where there’s a sandy bank in which they nest each year.

Back at home I chased around after a few bees and hoverflies, and even managed reasonable photos of some of them, but my favourite photo of the day has turned out to be this image of the emerging blossom on our old cider apple tree, which is a survivor of the time when much of the village was divided into small farms and market gardens. It’s a big tree, with a thick but largely hollow trunk, and unusual spiralling bark which I must try to record here one day, and every two years it produces a huge crop of small, sour apples. A few years ago it suffered a major limb collapse, due to the fact that the structure was no longer strong enough to support the crown, and we were afraid that we might lose it altogether, but luckily it recovered after some surgery. The last time it bloomed I Pepped it in all its glory, and if we get a decent sky during its flowering period this year, I might try that image again.

Before I go, my question about yesterday’s heron was answered overnight by @everyheron on Twitter, who can’t explain the behaviour, but says that it can’t have been a juvenile bird because herons don’t grow breast plumes until they’re around two years old. In my opinion, no day is wasted in which you learn a new wildlife fact.