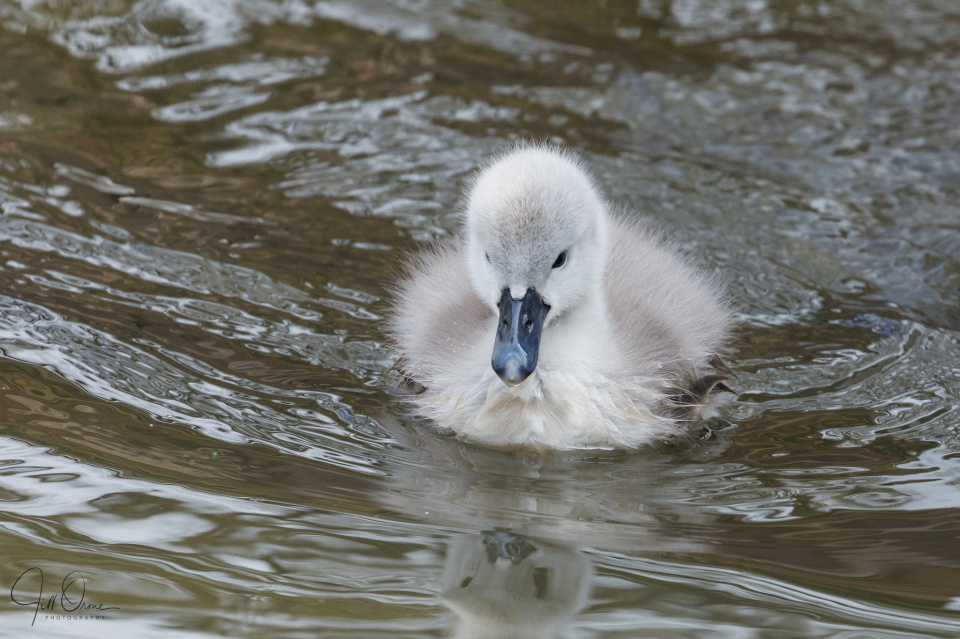 I’ve never understood the whole ‘ugly duckling’ thing: I think cygnets are prettier than ducklings, though that may be partly because I prefer grey to yellow. They’re especially cute at close quarters, when they look like an explosion in a fluff factory.

R and I went to Stratford this morning to run some errands, and were charmed to discover a clutch of cygnets on the canal basin. Their parents spend a lot of time here, frequently worrying tourists by pretending to be trapped behind the lock gates, which they patrol in apparent distress, as if waiting for someone to come along and open them so that they can get out onto the river. To my amusement they seemed to be teaching their offspring the same act today, the performance drawing a small crowd of onlookers and earning them some food. To be fair, the cygnets aren’t yet big enough to do what the adults could – that is, jump up out of the canal basin onto the path and walk to the river – so if their parents have decided that it’s now time for them to brave the Avon, they will have to take them out through the lock. Personally I’d keep the tiny things in the relative safety of the basin a bit longer, but mute swan parenting seems to lean towards the robust. 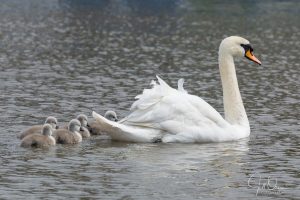 My extra shows all five cygnets crossing the basin in their mother’s wake.