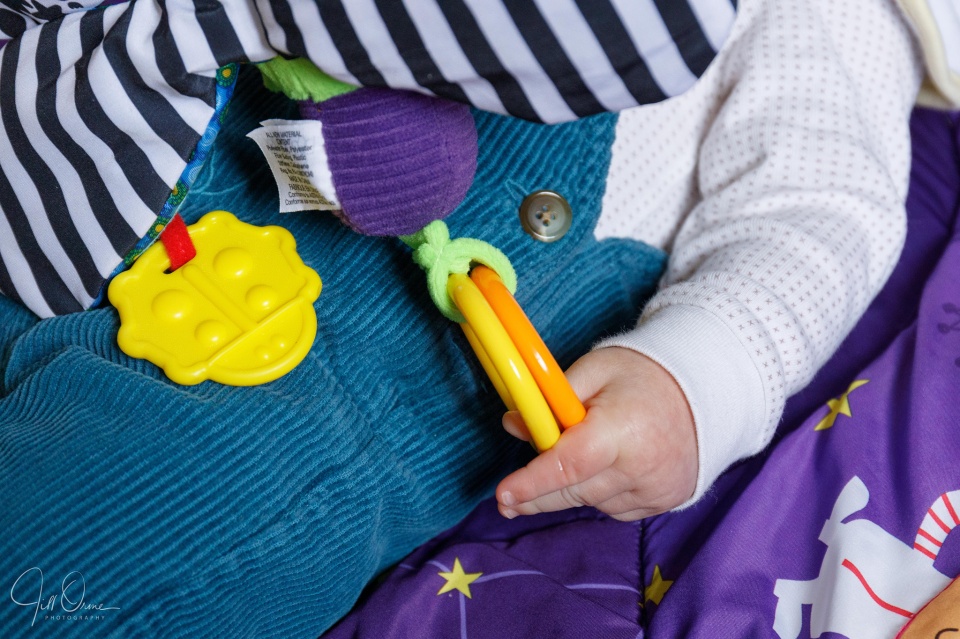 R and I had a brilliant day with Baby B today: much chatting and telling of jokes occurred, along with some poetry, and even a little harmony singing.

I don’t know where L heard the suggestion that a four-month baby shouldn’t be allowed to stay awake for more than about ninety minutes at a time, but I wish I’d known about it when she herself was tiny. When R and I were introduced to the napping for half an hour out of every two regime I felt slightly unhinged at the prospect of implementing it, but B has settled into the routine now and it makes a noticeable difference to his demeanour. The start of the nap period can be a little stressful if he fights going off to sleep, but once he’s gone there’s blissful peace until somewhere around the half hour mark, when he simply opens his eyes and starts interacting again. He’s still giving his poor parents a hard time at night, but he only has a couple of weeks of this developmental leap to go now, and I’m hopeful that when it’s over he may start sleeping through.

I took today’s photo when he was lying on one of his play mats, interacting with a very interesting, if entomologically dubious, butterfly toy that I’d hung from the frame above him. As you can see he’d found the teething rings that are attached to the toy, but every time he pulled them to his mouth he contrived to put his hand through them as if they were bangles, and chew his own finger instead. In fact one or the other forefinger was in his mouth through most of his waking hours today; the sight of his eyes watering every time he pushed it too far back and triggered his gag reflex put me uncomfortably in mind of testing myself for Covid-19.