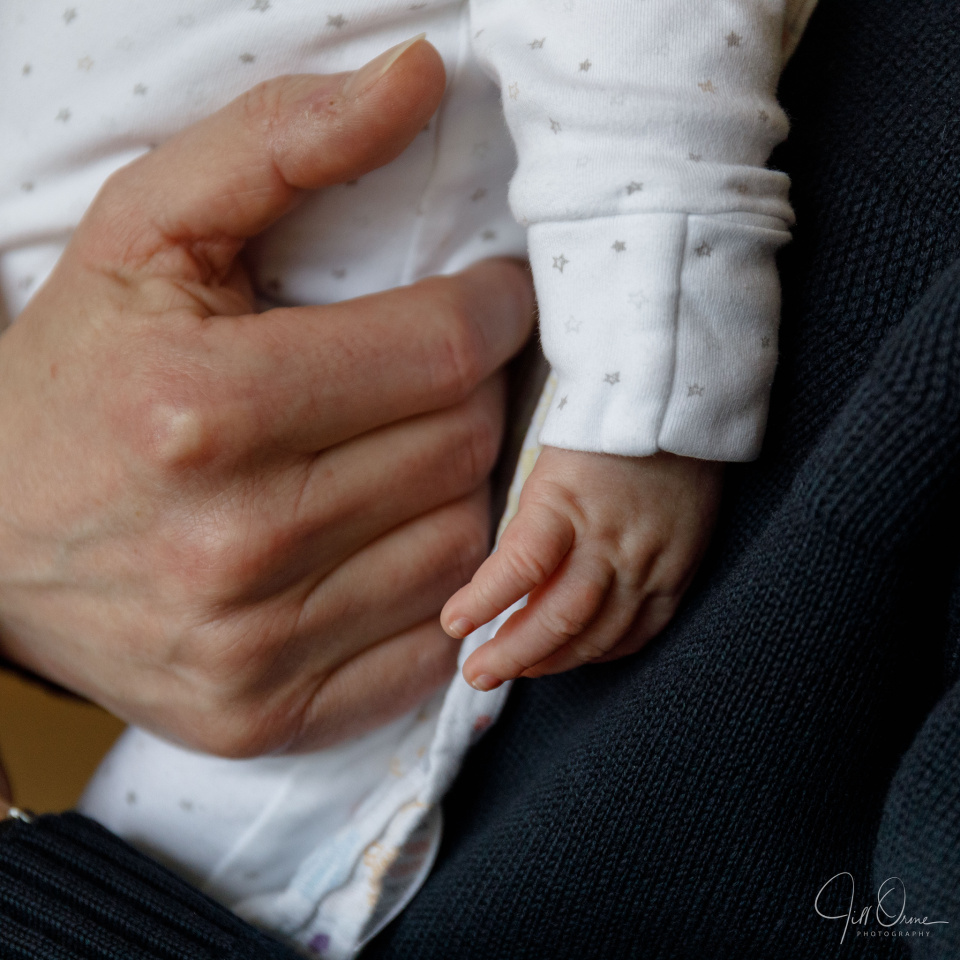 R and I braved the border again today, to offer emotional and physical support to Baby B, whose parents had to do working. When we arrived it was raining hard, so we couldn’t go out, and I had visions of him howling the place down, and one or other parent having to interrupt their meetings to come and rescue us all. But I needn’t have worried: Grandson One was an absolute peach for pretty much the entire day.

When you haven’t been around babies for a few decades, you sort of assume that you’ll forget how they work, but it turns out that most of the stuff to do with amusing a five-week old remains ingrained: they like movement, so you move. Being stronger, R did the bulk of the walking and jiggling, while I issued instructions and took photos, which I’m going to claim was a fair division of labour.

After lunch L was free, and it had stopped raining, so we wrapped up Baby B and popped him in his pram, and the three of us walked over to one of the local parks, and bought takeaway coffees and utterly outrageous brownies from a nearby bakery. L and I then sat on a bench for snacks and chatting, while R kept up the walking and jiggling, and Baby B slept the sleep of the righteous. It was all highly civilised, and not how I remember early parenthood at all; l can’t help but suspect that Grandson One takes more after his father than his mother.