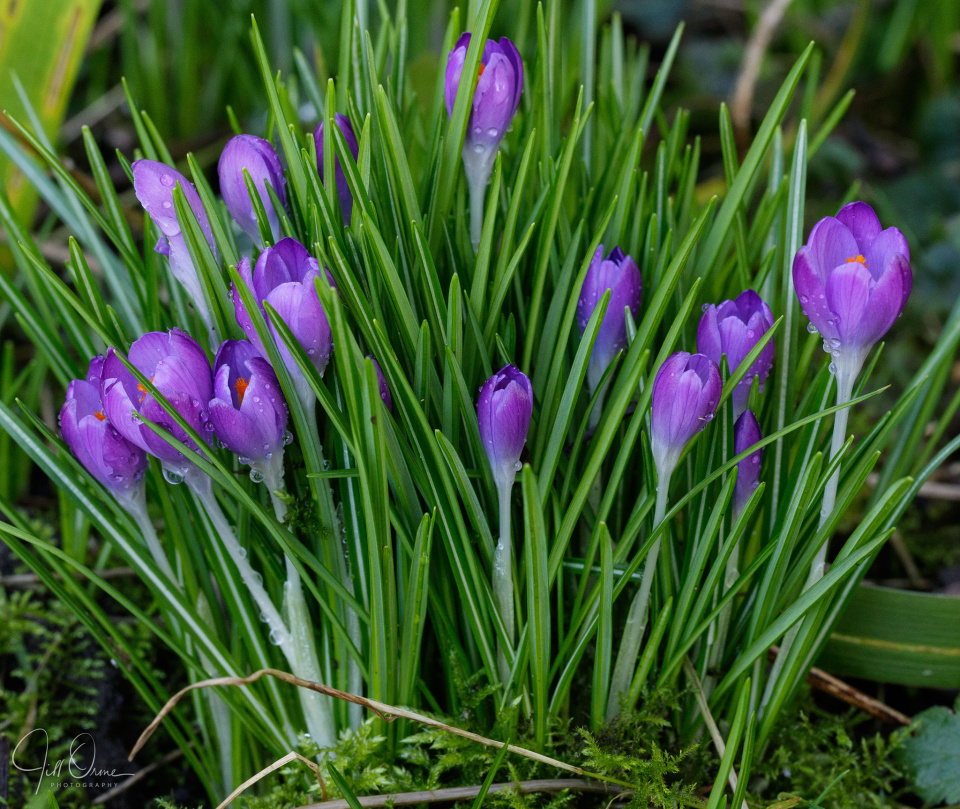 I didn’t plant these crocuses, but I look out for their appearance at the start of every year because they’re a sign that spring is just around the corner. Sadly they’re rather fragile and prone to weather damage, and the hostile elephants scheduled to arrive tomorrow are likely to flatten this little patch – so I’m pleased to have spotted them underneath the smoke bush and snapped a few photos today. They do emerge over a reasonable stretch of time though, so if the weather were to dry up and calm down fairly soon, we might yet get a good display.

There are around ninety species of crocus, and I don’t pretend to know which this is, but if I had to guess I’d plump for Crocus tommasinianus, which is renowned for its early flowering and tolerance of shade, and for spreading and naturalising when left to its own devices. Over the time we’ve lived here this crocus has wandered around the garden, and clumps now pop up all over the place, including some in deep shade beneath the trees in the wild garden. I’ve put a closer view of one of the flowers below; whenever I look at those vivid stamens I find myself wondering how difficult it might be to grow Crocus sativus, and harvest my own saffron. 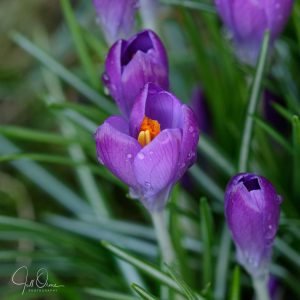 My most notable birding encounter of the day was with four mistle thrushes – an extraordinary number, given that I’ve only ever seen a single individual in this garden, on one previous occasion. Today we were initially visited by a pair, which got into a brief confrontation with a great spotted woodpecker down in the wild garden; I don’t think any physical violence was done, but the language used was dreadful, and the volume was startling. About half an hour later three thrushes swooped in, fast and noisily, and clattered through the bare branches of the Norway maple and oak trees on the far side of the garden from where I was lurking, before zooming across and exiting almost over my head – pursued a couple of seconds later by a fourth one, who seemed to be yelling “Wait for MEEEE!!!!” The score line (Mistle thrushes 4: 0 Photographs) was, I have to confess, disappointing, but despite that the encounter was deeply satisfying.

(As I sit typing this, there’s a tawny owl calling in the orchard on the other side of the lane, but I’m not going to list it because I can’t actually see it. Morally though, I think I got a tawny owl today as well.)