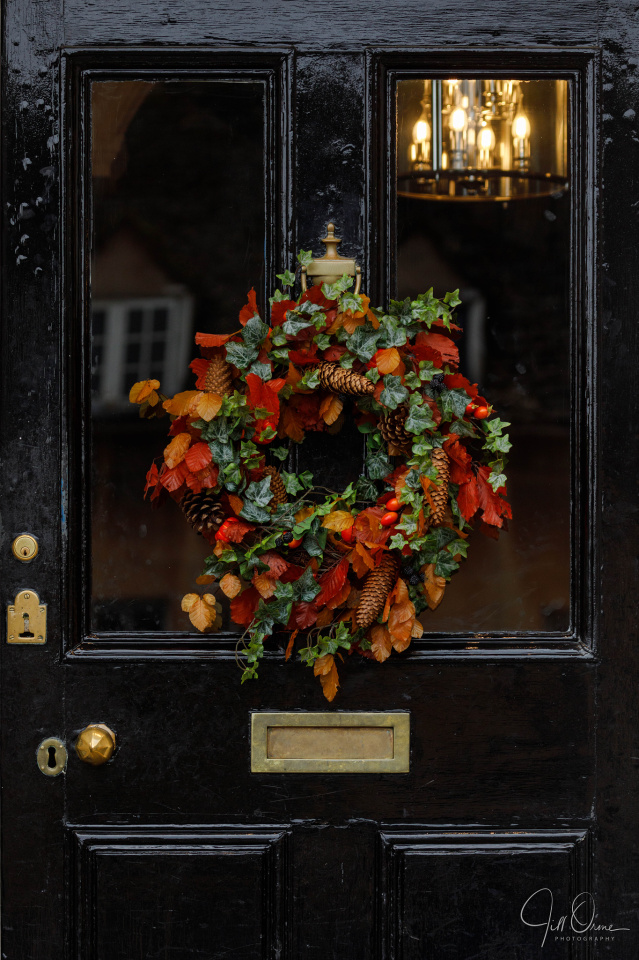 I was tired and a bit anticlimactic today, as I often am after a concert, and my back and knees were telling me things I didn’t want to hear. We were also half-smothered under a dank grey blanket of weather, which didn’t improve anything. So after some debate R and I decided that Going Out was the thing to do, and after a bit more discussion of cafés and parking and suchlike, we wound up back in Chipping Campden.

My assertion before we left home that Campden would definitely provide me with a photo was slightly tested in the event by the lack of light, though we did find some interesting memorials in the church yard, including the one I’ve posted as today’s extra – I’ve never seen a pillar stone like this one before, and I assume it isn’t actually a gravestone, but the inscription is almost illegible, so it’s hard to be sure. 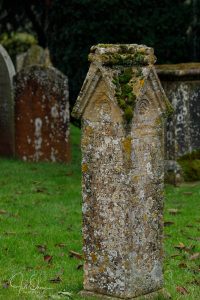 There were also quite a few shops displaying Christmas decorations (“I’m only going in to look,” I said to R, who responded with the “Hmmm” noise of a man who assumes – correctly – that he’s going to be carrying a large package back to the car), but I’m not about to photograph those when it’s not yet December. However I did like this autumn wreath on the door of one of the swankier hotels, and I think we can agree that it’s still seasonal, even if most of the genuine leaves have now fallen from the trees, and the weather has already moved on into winter.