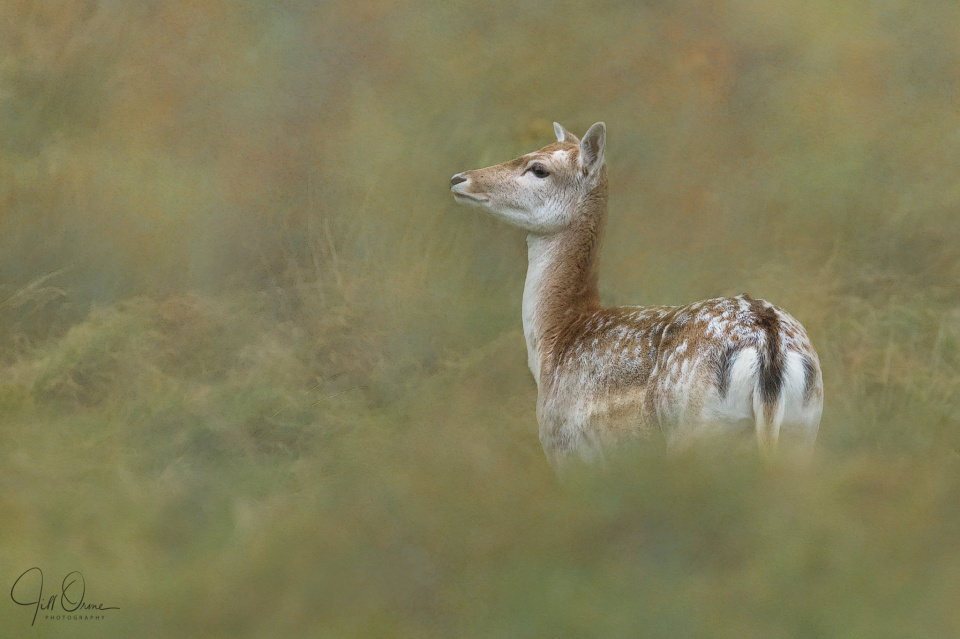 I went to Charlecote this morning – sans R, unfortunately, because by the time we’d clocked that it was half-term, and that we’d therefore need to book, there was precisely one ticket available for the entire week, which (at his insistence) was the one I used today.

When I went through reception my camera was eyed, and I was told rather severely that the rut was still in progress, and that it was extremely important that I stick to the main paths – to which my reply (having a few tales I could tell if I chose) was “Honestly, it’s not me you need to be worried about.” And in the event, I didn’t need to be worried either, because as far as I could make out the fat lady had already sung and was in the process of taking her curtain call for this year’s rut. There are still sections of the park where the herds are mixed, but the bucks I saw there guarding the does were either relatively young or definitely old: the current layer of master bucks appear to be satisfied that they’ve finished their breeding duties, and have retired to their gentlemen’s clubs. Aside from my own observations, the thing that convinced me that the season is winding down was that a photographer R and I have seen on our last three visits, and who’d given every sign of having taken up residence for the duration, was not on site this morning.

As I was walking down the West Park carriage drive a number of fawns and does crossed in front of me and went to join up with another group. They were quite spread out, and this doe – rather sweetly, I thought – stopped reasonably close to me and turned to check if her crew were following. Because she was half-hidden by scrubby vegetation, the image as taken wasn’t up to much, but I really liked her stance and attitude, so I’ve reworked it in Photoshop, blending in one of my own textures and a couple of filtered layers, in an attempt to put the focus on her while capturing the atmosphere of the scene and the season.  I didn’t actually spend very much time on it, because not very much time was what I had available this evening, and every time I look at it I see something or other that I wish I’d done differently, but it’s a step on the learning curve of making this kind of image and as such I’m reasonably content with it. It would be interesting to work up this same file when I’ve had more practice and have learned a wider range of techniques, just to see how different the final image would be.

As there wasn’t much fallow deer action going on, I was alert to other wildlife possibilities as I walked round the park. There were no dragons, sadly, which is hardly a surprise this far into October, but it was warm enough for there to be quite a few other insects around. The most exciting moment of the morning was when a massive hornet – literally the size of my thumb, so presumably a new queen searching for a hibernation site – flew past and paused in mid-air to look me over, before deciding that I wasn’t interesting enough to be explored further, and proceeding on her way. Bird-wise, my best spot was a little egret (black bill and yellow boots), which cruised in over my head and landed in a reed bed on the Avon. I didn’t have a clear sight line on it, and though I watched it for a good ten minutes in the hope that it would move to a better position (for me), it was busily preening and was quite happy where it was. Luckily at that point R saved me from a lengthier stand-off, by phoning and suggesting that I met up with him in Stratford for coffee. And possibly cake. Because Friday.