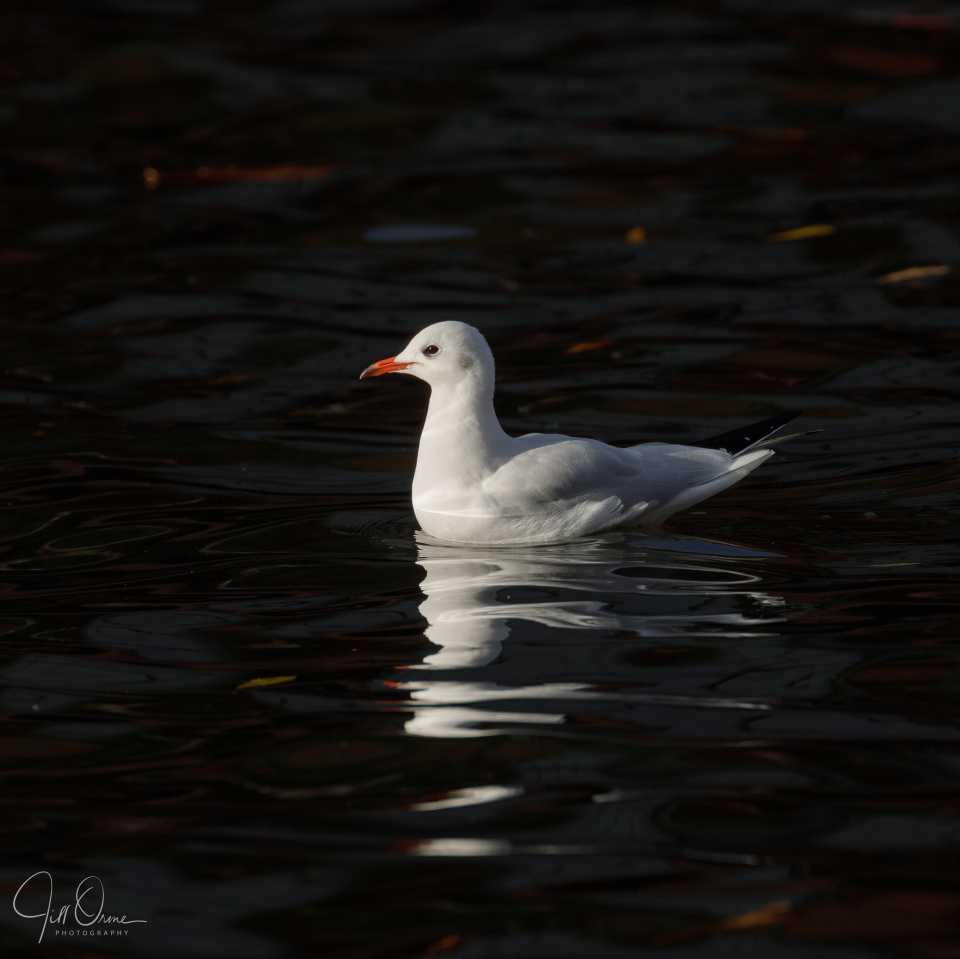 After a horrible wet morning the weather improved quite dramatically, and as R wanted to go into Stratford to collect some books he’d ordered, I tagged along for the walk/coffee/cake/photo opportunities. We already knew, because this Government leaks like a broken sieve, that we were likely to be at least partially locked down by the middle of next week, and it seemed like a good idea to be doing some gadding about while we still had the chance.

Walking into town along the south side of the river, the light was pretty crazy, and a lot of my shots were lost to blown highlights or impossible shadows. This one though – exposed against the gull’s breast feathers – felt good at the moment I pressed the shutter, and a quick glance at the back of the camera confirmed that it had worked. I could have lightened the water in post, but decided to go with the strong contrast.

This evening I made Mudajara for dinner, a dish I happened across a few months ago, and which has now become a favourite in our house. There’s a recipe and quite a lengthy descriptive blog here, and though this isn’t the way I make it, I think Kathryne Taylor’s version looks pretty good. I’m lazy though, and the two central pillars of my version are a packet of ready-cooked puy lentils, and a packet of microwavable brown rice.

I start by frying off a lot of sliced onion (or today, a big onion and a leek) until they’re well coloured, adding two large smashed cloves of garlic to the pan for the last couple of minutes. Then I spice the mixture with a teaspoon each of ras el hanout and smoked paprika, before adding in the lentils and a splash of boiling water. The microwaved rice goes in next, along with salt and pepper, the juice of half a lemon, and a handful of fresh parsley and/or mint if I have some. Today I didn’t have any herbs to hand, so I threw in half a bag of baby spinach and let it wilt into the mudajara before serving it. We like to top it with a big dollop of plain yogurt, and today we sprinkled pomegranate seeds over it too, which worked very well.

R and I have both now reached the point of finding the almighty political mess we’re all having to endure just a little too much: the combination of disgust with our own leaders and mounting fear and tension about the outcome of Monday’s US Presidential election is simply exhausting. If we know each other elsewhere across “the socials”, you may have seen that I posted Susie Dent’s Word of the Day to Facebook this morning, and the reaction to it suggested that many other people are feeling the same way. ‘Latibulate’ is a C17th word that means to hide in a corner in an attempt to escape reality, and it sums up this mood pretty well. I take issue with the BBC loudly and often these days, but – credit where it’s due – they’ve got all 36 episodes of Inspector Montalbano on the iPlayer at the moment; and tonight R and I latibulated by watching the first ever episode, from 1999. Everyone in it was ridiculously young and attractive, Sicily looked wonderful, and for an hour and three quarters I didn’t think about Boris Johnson once, which made for a very enjoyable evening.