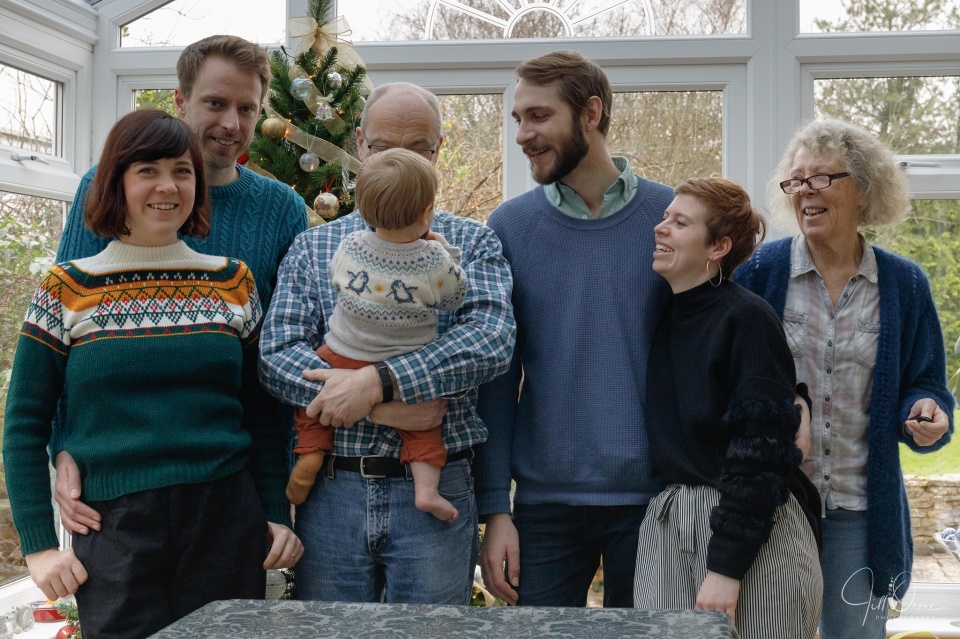 “We need a photo of us all around the Christmas tree,” said L, and after yesterday’s epic photographic fail I thought the least I could do was fetch a camera and a tripod and oblige. The Christmas tree is in there somewhere, if you look hard enough. As is R, who was more skilled than me at keeping his face out of the photo, though he does have the excuse that he was trying to get me a postable image by keeping Baby B looking away from the camera. He was also trying to avoid being smacked in the face by the wooden spoon that B was wielding like a weapon of grandparental destruction, though there’s evidence from some of the other frames in the sequence that he wasn’t entirely successful.

You might notice that the only people who seem to be properly concentrating on this project are Baby B’s parents, while everyone else in the room is transfixed by the Boy Wonder and ignoring the camera. This isn’t really a fair impression of what was happening, but I’ve chosen this frame because it’s the only one in which no-one is either moving or pulling some kind of weird photo face. I long since realised that if you can get them all in shot and looking more or less happy to be there, you should count your blessings and call it quits.