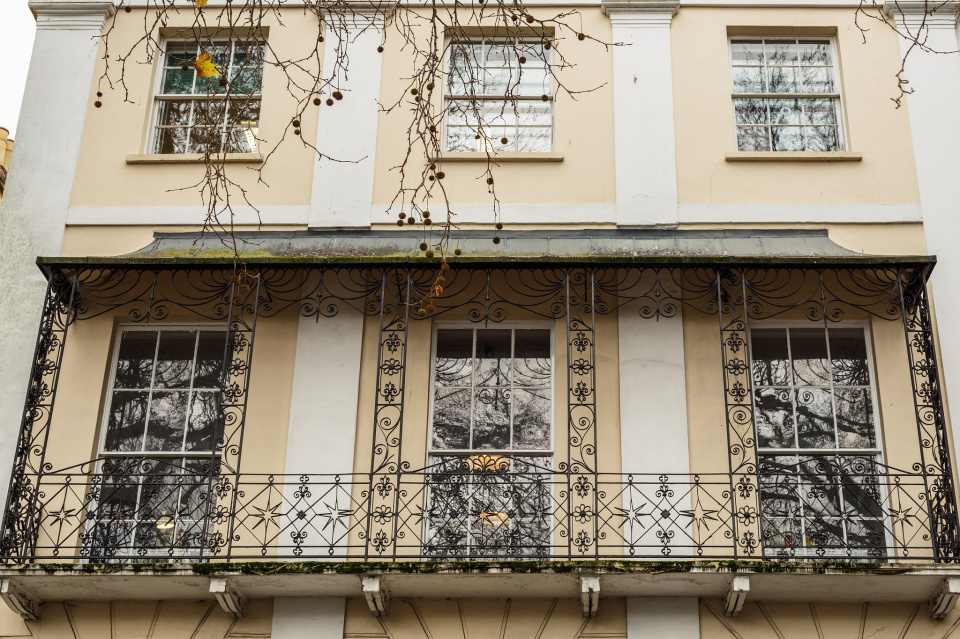 R and I spent the day in Cheltenham. We had tickets for the touring exhibition Audrey Hepburn: Portraits of an Icon at The Wilson gallery – an interesting selection of the images that made her an icon of style and glamour through the 1950s and 1960s, but rather shallow, I felt. I came away with very little sense of Hepburn as a person, and I would have liked to know more about how willing a collaborator she was with the creation of her public image, and whether in time she might have come to find it tiresome. The fact that in her later years she virtually retired from acting in favour of humanitarian work, and her far more relaxed appearance in some later and less overtly glamorous portraits from the 1980s and early 1990s suggests that she perhaps did, but if so the fact was glossed over.

There were two portraits, however, which in themselves entirely justified the cost of admission. The first was this image by Irving Penn, taken in 1951 when Hepburn was just starting to become famous; the pose and lighting, and above all the composition, must surely have been unusual at the time. I know a little about Irving Penn, but this portrait has made me want to find out much more.

The second extraordinary image was this one, by the great Canadian photographer Yousuf Karsh, of whom I’ve been a fan since seeing an exhibition of his work at the NPG in London in the early 1980s. I stood back and gazed at this photograph from several yards away, and then went right up and examined it with my nose almost on the glass, and I can honestly say that I’ve never admired a portrait photo more. The focus in the image is such that it’s hard to remember that it’s two-dimensional: every pore on Hepburn’s cheek and every hair on her head seem to be visible, but yet the lighting is so subtle that the overall effect is glorious. I absolutely adore it.

When we arrived at The Wilson we discovered that they’re also curently showing a video installation by Bill Viola, whose work we find powerful and interesting, so after seeing the Hepburn portraits we went and experienced that too. We then strolled through the town to the area known as Montpellier, where we had lunch.

I always enjoy being in Cheltenham, though for some reason I rarely think of going there. I have a particular fondness for Georgian architecture, which the town has in spades, and I like its rather shabby gentility. This is part of the frontage of a long terrace on one side of Imperial Square; the houses are now occupied by businesses, and not especially well maintained, but I still find them attractive.

Seeing the Hepburn exhibition set me thinking about the great photographers of the middle part of the last century, and wondering what they would think of the equipment and editing software that we have available to us now. That reminded me of a programme called America in Pictures which R and I watched a couple of years ago, in which the British fashion photographer Rankin went to the USA to meet some of the surviving people who worked at Life magazine, and even had a go at recreating some famous Life photos. I was pretty scathing at the time – I’ve always felt that Rankin was more lucky than talented – but to be fair to the man he is a huge fan of some of those old photographers, and when I tracked down the programme on line this evening and watched it again I found it more enjoyable than I did on first viewing. If you didn’t see it and are interested, it’s available here.