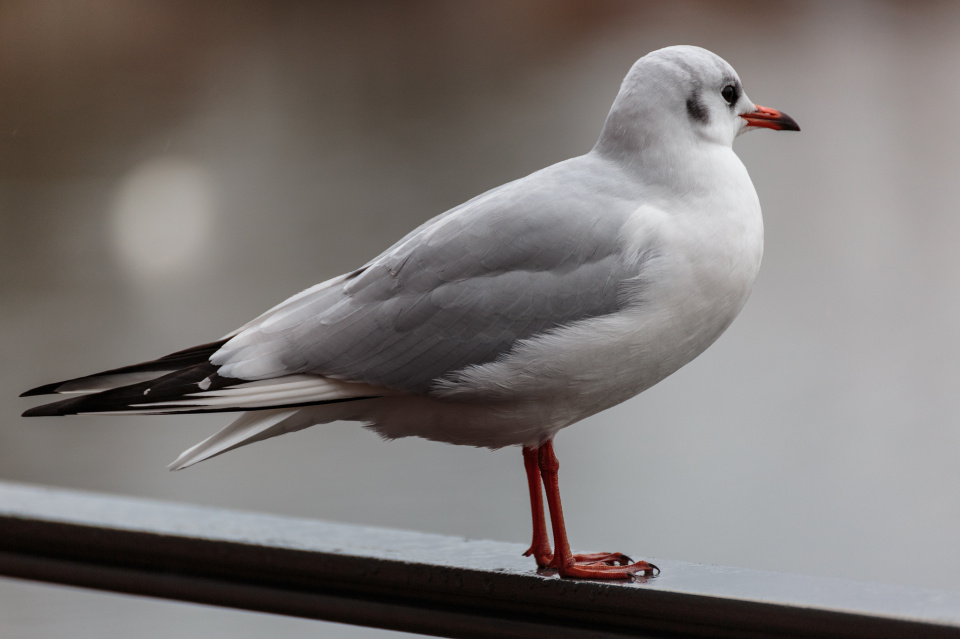 I started the day by taking a dog to the vet: Arthur this time, who has become quite lumpy and bumpy in his old age, and has developed a skin tag right on the edge of one lower eyelid. It’s been there for a while, but has now started to irritate the surface of his eyeball, and Ian is going to operate next Tuesday to remove it before the problem gets any worse. I do hope someone looks after me as well as this when I’m in my own dotage.

I then took both dogs for a cold, drizzly walk which made me very grumpy indeed, so around lunch time I decided that coffee and cake was in order, and took myself off to Stratford. Walking into town along the Avon, I photographed several of these gulls outside the Royal Shakespeare Theatre cafe. This one was standing on the terrace railing, watching the river in case someone turned up with food.

Who knew that gulls had such glamorous eyelashes? Certainly not me!